Showing posts from 2019
Show All

"Be Defined By Other Than What You Have," Advised Kamau! 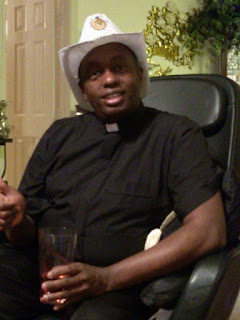 Ngai was putting together, the immobile Mount Kenya, it took so many things, somewhere on the slopes, whose expanse extends far and wide, undulating into the Aberdares and beyond, was one place where your ancestors, made their home, the day you were born, there was a name waiting for you, that name was Kamau, the day you were born, a human being full of dignity, love and joy was made, that human being was Kamau, you were the part, destined to be mobile, you grew so fast and left a trailblazer, all over the world, you were beloved, grand in stature, magnanimous to kith, kin and strangers alike, you stretched far, wide and high, Kamau Emmanuel Mukere, Auntie Ivy, one hot Summer in Washington DC, I was a new immigrant to USA, to whom you reached out, you were in Dallas Texas, via the waves, we had a long talk, a long-winded talk indeed, I recall so many things you said, 'be defined by other than what you have,' is one of them, you liberated
1 comment
Read more

By ICASA 2021, Holding Uganda To Scrutiny: Protecting The Right To Life and Freedoms of Queer Uganda 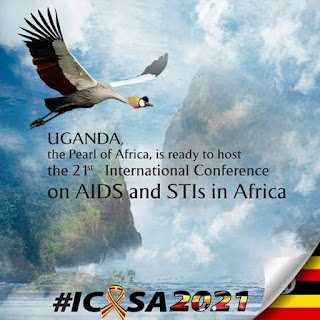 Uganda is one of the most beautiful countries in the world. The beauty is in three parameters: the people, the climate and nature. In fact she is known by the following monikers: Pearl, Gifted and Source of the Nile. Uganda the beautiful and bountiful Uganda is also known for putting up model social development initiatives. They put up one of the most aggressive fight against HIV under the able stewardship of His Excellency Dr. Yoweri Kaguta Museveni.  But, prejudice toward those living with HIV, LGBTIQQ and other marginalized population groups is threatening to derail so many positive social development campaigns. The Seven Asks We hope that by ICASA 2021, Uganda will also be counted as one of the African countries where LGBTIQQ are: 1. Living and enjoying their right to life 2. Able to report to security agents cases of abuse and expect to be treated equally and fairly 3. Able to enjoy the freedoms that enhance beneficence 4. Able to continue and be retain
1 comment
Read more

Security and Safety Experts Give Tips To Queer Africans

These security and safety tips for Queer Persons were developed, designed and formulated by T om Muyunga-Mukasa a Public Health Strategist and Human Rights Activist. The Security and Safety Principles for Queer Persons commits them to five key principles: Principle 1: Provide information, education and clear communication pointing out that Queer Persons do not demand special treatment but unconditional positive regard (UPR) to ensure security and safety concerns can be raised and are adequately addressed.   Principle 2: Adopt a systematic approach towards identifying security and safety-related dangers, threats, risks, and identify suitable preventive and control measures. Principle 3: Build capacity so that they are empowered to take personal responsibility for their own security. Principle 4: Read, discuss and understand the Security and safety Guidelines   Principle 5: Provide psycho-social support in the event of traumatic experiences at acute or prolonged
1 comment
Read more

Lynched, Lost A Lot Of Blood And Died On Arrival At Hospital But Perpetrators Got Away 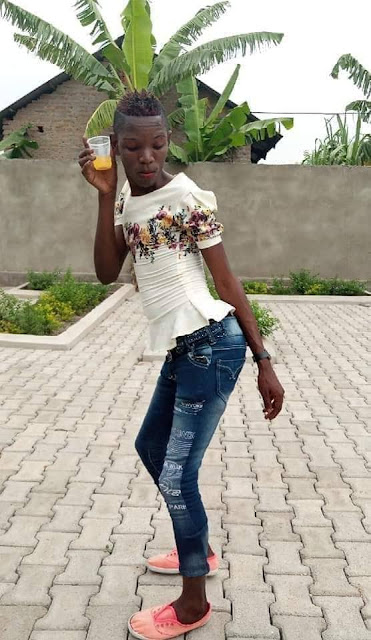 It is usual to hear of stories from Uganda where vigilante community members gang up to beat and murder Transgender Persons.  What is not usually said is the fact that in almost all scenarios, the Transgender Persons actually know the perpetrators and have worked or related with them in one way or another.  In this scenario, the Transgender Person in question was a village health mobilizer and had worked in this area for close to a year. Her preferred pronouns were: she, her, hers. She was a zealous worker, committed to fight HIV in her home area somewhere in Kasese, Uganda. She loved the community and mobilized resources to connect her community to HIV Prevention. This is the very community where she was born. It is the same community from which hateful perpetrators full of vicious animosity have murdered her for being Transgender. It is so sad, we cannot have closure to this hate crime because it is done in a country where it is hard to report such crimes. On
3 comments
Read more

Say A Prayer For The Safety of Queer Refugees at Kakuma Camp, Kenya 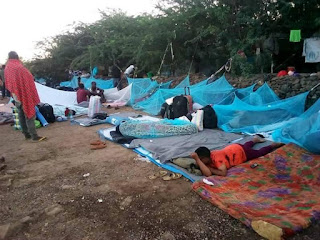 I reserved time and collected what I feel can best capture the plight, flight, fright, fight and a dignified might of the queer refugees at Kakuma Camp.  This vignette is dedicated to them. Angelina Becky: “Oh God,if you love all of us equally why you forgot us LGBTI to suffer unendingless,despite of the fact that LGBTI refugees in Kakuma camp are facing alot of Homophobic,UNHCR still taking more and more LGBTI in Kakuma camp so homophobic place.kill us one by one  😭 😭 😭  we are looking for protection but keep on taking us to unsafe place kakuma,keep us hopeless,so depressed.”   Asher Woods: “One of our lgbti brother .. Has Been beaten so terribly by the cruel Kenyan police sent by UNHCR and ras while at a peaceful demonstration at UNHCR.. His right now in a terrible condition.. And we kindly ask for any help.. To help with the medication and all the necessary treatment bills. ”   Asher Woods: “This is how LGBTIQ are treated in Kakuma camp Kenya..beaten so terri
1 comment
Read more 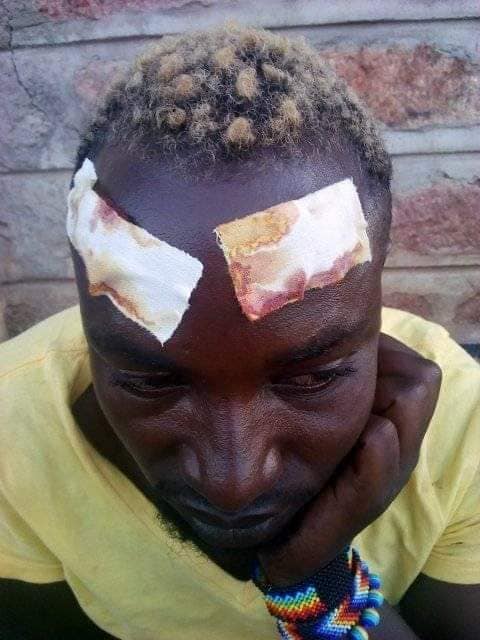 Lisa Mackey  UN Human Rights Commission: Please deal with UNHCR Kenya and the Government of Kenya's failure to protect basic human rights. This Facebook post sums up events on the ground currently in Kakuma Refugee Camp in Kenya: https://m.facebook.com/story.php?story_fbid=194016135098522&id=100034704112460 I am Lisa Mackey, an American citizen and permanent resident of Iceland. I advocate for and provide psychosocial support to LGBTQI refugees in Kenya. I speak with multiple refugees every day. I was working on preparing a better email about this, but there is breaking news happening NOW in Kakuma Refugee Camp in Kenya! UNHCR is ABSOLUTELY COMPLICIT in this genocide in the making. This article is outdated, as the death toll from this football riot had reached 15, I believe: http://news-af.op-mobile.opera.com/.../95c618ea803b0954d8... ******* The following are short quotes I have received this weekend from LGBTQI in camp: From a refugee: "In this ve
Post a Comment
Read more

So Sad The Hate Continues; A Grieving Witness Remarks About Brutal Beatings of LGBTIQQ in Kakuma Camp 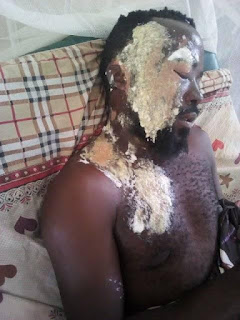 Michael Schwarzkopf exclaimed, “so sad as the hate continues!” This was when he laid eyes on pictures of three LGBTIQQ Refugees in Kakuma Camp Another called Mechanic exclaimed “saddening.” Indeed the situation in Kakuma is saddening to say the least. We continue to call upon the UNHCR to provide protection to LGBTIQQ Refugees please. For those with time please follow for developments at Kakuma Camp:  When they get well, they will be returned to the camp: the same premises that meted hostilities and viciousness against the three. We are trying to campaign for a language that enshrines mutual respect and the practice of de-escalation. We are all angry and bitter with UNHCR, but we are also strategic. We want a UNHCR that cares and we can contribute to peaceful co-existence. We ask the development partners to engage the security team so that they are able to embrace dignified treatment and unconditional positive regard |(UPR) for all they guard. We are committed to avoiding
Post a Comment
Read more

The US Democratic Presidential Candidates-A Picture 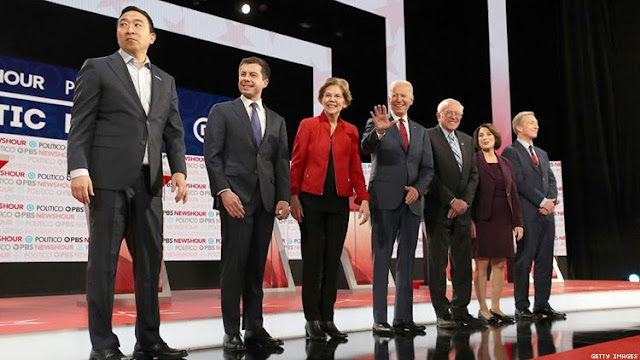 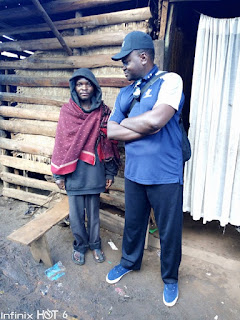 May you rest in peace, may God add you to the many catering to others, may you find solace at the only place where it is assured. A friend I worked with in the camps has passed away. Here we are seen doing a "hold your head high" pose. He is covered in a red Masai shuka with a black hood. May your soul rest in peace.
Post a Comment
Read more

When The ICASA Is In Uganda, LGBTIQ+ Will Show Case A country That Renounces Viciousness and Hostilities 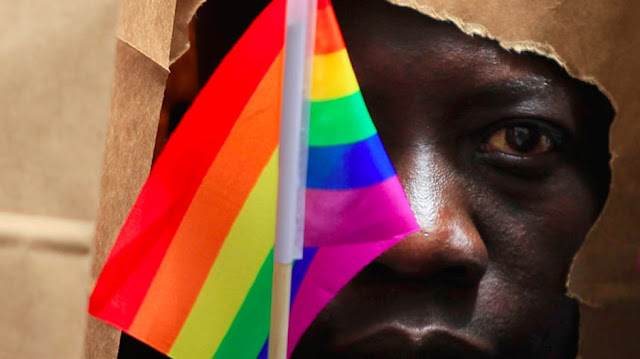 ICASA 2019, will be in Uganda. So, the LGBTIQQ will show case a country that renounces viciousness and hostilities. This is possible when: 1. LGBTIQQ Activists are able to provide a well organized front against HIV. 2. When LGBTIQQ are provided support to formulate strategic wellness plans that increase LGBTIQQ Participation in healthy living. 3. when LGBTIQQ are allowed to contribute to the wider societal quality of life. Andrew Green in an article titled:  " Uganda chosen to host Africa's biggest HIV conference amid LGBT crackdown ," makes the assertion that "activists are divided over whether the decision has given the country a free pass or presents an opportunity to push for change." ICASA is an opportunity in all its formulations and substance. It provides the opportunity to look into the existing plans where LGBTIQ+ have been empowered to make decisions as far as HIV/AIDS eradication goes in Uganda. It also provides opportunity for le
Post a Comment
Read more
More posts