Showing posts from June, 2013
Show All

- June 25, 2013
SCOPE: Services to strengthen action around Health seeking behaviour targeting sexual minorities Purpose: To strengthen MARPS IN UGANDA CLINIC. A brief over view of the MARPS IN UGANDA “BMAT” Programme The beyond Malaria, HIV-AIDS and TB (BMAT) is a formal recognition of need for provision of comprehensive health services targeting sexual minorities. MOST AT RISK POPULATIONS' SOCIETY IN UGANDA (MARPS IN UGANDA) (www.marpsinuganda.org) has consistently provided healthcare services to MSM/WSW/LGBTIQQ. With time numbers and demand have increased. In 2012 we need support to open a formal clinic within our resource center. The numbers that need our services are overwhelming our meagre resources which we pull out of our salaries. We are to use the same approach of sand-wiching the clinic within the resource center. This has helped avoid stigmatisation such a clinic can cause.  Our BMAT Programme is the vehicle through we implement planned interventions by supporting benefi
Post a Comment
Read more

Background of HIV/AIDS in Uganda

- June 25, 2013
AIDS cases were first recognized in Uganda in 1983, with about 900 cases reported by 1986, rising to 6,000 cases by 1988. Uganda responded by taking an open stance to the epidemic and was among the first African countries to establish a national AIDS Control Program (ACP) and the National Committee for the Prevention of AIDS (NCPA).  Working with financial and technical support from WHO, ACP launched and effectively coordinated the first multi-sectoral mobilization campaign through which HIV prevention messages were widely disseminated in the country at a critical time when there was a dearth of knowledge and information about the epidemic. By early 1990s Uganda was among the African countries worst hit by the HIV/AIDS epidemic. However, with strong political leadership, a vibrant civil society, and an open and multi-sectoral approach, Uganda sustained an impressive response to the epidemic. Through the technical oversight and direction of Ministry of Health (MOH), the first n
Post a Comment
Read more

- June 25, 2013
Thomas M., Santa Barbara, Santa Barbara County, California, USA. This summer in Washington DC, citizens from other parts of the world were well received by Washingtonians during the AIDS-2012 Conference. AIDS has inspired many activists, the affected and the infected to work together. It has inspired grass-root groups to work towards networking and together be the voice for against human rights abuses. It has brought together the Global North and Global South. It is now possible to chart AIDS, join dots and do something about the infected and dying. Today key affected populations are provided with platforms to increase participation in decision-making. However, resources have decreased. A frugal approach is making it hard to target formerly un-attended population groups. Funds and resources still pour into the coffers of the desirable populations. Religious and cultural fervour are still skewed towards these desirable population groups. Risk reduction tools for the key affected p
Post a Comment
Read more

HEALTH FOR ALL WITHOUT DISCRIMINATION CAMPAIGN 2012-2014

CAMPAIGN FACT SHEET CALL TO ACTION Do something about IDUs, LGBTIQQ, MSM AND WSW….why? Because they are worse off and are treated as second citizens. They have a unique and high prevalence of HIV compared with general population. HIV care and support poses unique challenges because of the broader care context issues (Packages Of intervention for HIV Prevention amongst Most at Risk Populations-MARPs, UNDP, 2012). There is a tendency by policy and programming to indicate one route of transmission and therefore being comfortable with building and supporting interventions around penile-vaginal transmission. Except for Mother to Child Transmission (MTCT) any mention of other routes is laughed upon, ridiculed and further constricted by law. They are generally part of the larger population; they need health care services like any other human beings BUT access issues pose challenges. These in turn lead to low health preserving
Post a Comment
Read more 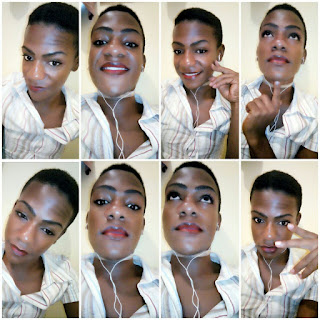 Introduction: Young MSM HIV prevention, research, care and treatment in Uganda is done using various forms but three forms of approaches stand out solidly. The first kind is to use safe spaces by MSM-friendly organisations, such as MARPS IN UGANDA, to conduct HIV testing and counselling. The second approach is to train MSM-peers in mobilisation and peer education skills then follow them up regularly. The third is to provide dates, venues for HIV services and health care opportunities using a listserve, text messages or e-mails where MSM can report to anonymously access services. This report is for only beneficiaries from 5 districts where MARPS IN UGANDA has worked targeting young people only. Objectives of MARPS IN UGANDA 2009-2012: Improve uptake of safe male circumcision, risk reduction skills and use of lubricants during anal intercourse. This was possible after a safe space with a clinic was established, a strategic plan was drawn and a young MSM Desk established t
Post a Comment
Read more
More posts