World Ocean Day; We Are Leading Responsible Lives If We Care For All Our Water Bodies

COVID-19, TB, the oceans and the air we breathe are related!

According to the UN, The oceans are the very foundation of human life. Life itself arose from the oceans. The ocean is vast, covering 140 million square miles, some 72 per cent of the earth's surface. Climate and weather, even the quality of the air people breathe, depend in great measure on an inter-play between the ocean and the atmosphere in ways still not fully understood. Not only has the oceans always been a prime source of nourishment for the life it helped generate, but from earliest recorded history it has served for trade and commerce, adventure and discovery. It has kept people apart and brought them together. Even now, when the continents have been mapped and their interiors made accessible by road, river and air, most of the world's people live no more than 200 miles from the sea and relate closely to it.

The relationship between the oceans and the air we breathe cannot be under estimated. Oxygen is part of the air we breathe in. Oxygen is produced through a complex mechanism. Simply put, water is made up of hydrogen and oxygen. Oceans are water bodies. When water breaks down to its two parts that is how we get oxygen. If the air we breathe is not conditioned (made in conditions that are as near the body temperature as possible) and moisturized (contains a bit of water) then it would be harder for us to take it in as it is. The oceans are a source of food, recreation and medicine.

They affect human health in a variety of ways. For example, exposure to or ingestion of pathogenic microbes, pollution, or algal toxins can cause human illness. Conversely, the oceans benefit human health as a source of overall well-being and new medications.

The oceans and trees make a large part of the the oxygen we breathe. Without oxygen there would be no life because we need oxygen to live.  It is oxygen that makes it easier for us to breathe, that way our body can turn the raw materials it needs to manufacture resources to use for sustenance of life.

In the case of COVID-19 and TB, our immunity fails to prevent or fight them. So, we become ill and later die if we do not get treatment. But, that is not all. Oceans have been a means for humans to trade and job opportunities in fisheries, trade, shipping, tourism and travel. The oceans are a source of minerals, energy resources, and medicines. Marine tourism has brought people from all around the world into a close interaction with the ocean. But, due to COVID-19 pandemic travel has been brought to a halt. The means to travel also requires people to be carried in a crowded space which is the ideal transmission method for COVID-19. In case one passenger has COVID-19, it is easier for all in the craft, bus, ship or submarine to get infected.

According to Ocena.org, Oceans cover 71 percent of the planet and are home to important species and ecosystems that we rely on for food, livelihoods, climate regulation and more. But the oceans need our help. Saving the oceans can sometimes feel like an overwhelming task, but if we all pitch in, we can make a big difference.

World Oceans Day is an international day that takes place annually on the 8th of June. The concept was originally proposed in 1992 by Canada's International Centre for Ocean Development and the Ocean Institute of Canada at the Earth Summit – UN Conference on Environment and Development in Rio de Janeiro, Brazil.

We celebrate World Oceans Day to remind everyone of the major role the oceans have in everyday life. They are the lungs of our planet, providing most of the oxygen we breathe. In the end, it is a day to celebrate together the beauty, the wealth and the promise of the ocean. Human activities affect marine ecosystems as a result of pollution, overfishing, the introduction of invasive species, and acidification, which all impact on the marine food web and may lead to largely unknown consequences for the biodiversity and survival of marine life forms.

Saving oceans means saving ourselves too.

3.    Your cigarette butts end up in the oceans

4.    Properly disposed waste does not end up in the water system

7.    Ask your political representatives to pronounce themselves on ocean hygiene

10.                       Tell people what’s going on with the world’s oceans and what they can do to join you in making a difference. Spread the word about petitions, share fun facts and join the conversation with organisations that work on ocean or water related hygiene on  Facebook, Instagram, Twitter and YouTube. 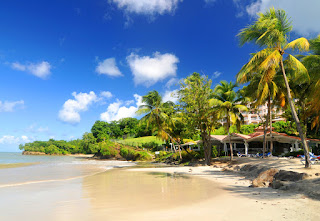