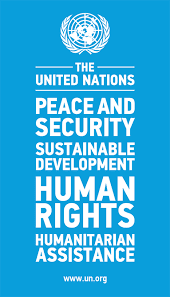 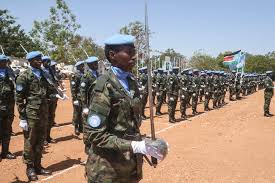 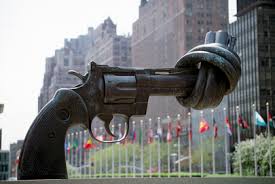 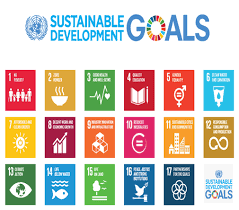 Theme: Communities that participate in peace, create societies that benefit from healthy and peaceful outcomes.

They had a grand plan of saving future generations from the scourge of war. It is a motivation behind the creating the United Nations.

Having lived through the devastation of two world wars, the founders had seen the consequences of indecision too. Since its creation, the UN has often been called upon to prevent disputes from escalating into war, or to help restore peace following the outbreak of armed conflict, and to promote lasting peace in societies emerging from wars. But, then COVID-19 is threatening to reverse all the achievements. So communities need to participate in following COVID-19 pandemic response restrictions. The states have to ensure they are providing all necessary anti-COVID-19 protection.

For all of us to successfully engage in Anti COVID-19 response we need to participate in mechanisms entrenching conflict prevention; preventive diplomacy; preventive dis-armament; preventing violence, genocide and a responsibility to protect; peace-keeping; peace-building. However, we must have specially trained personnel to do this. This is why amidst this COVID-19, we must set aside time to acknowledge the UN Peace Keepers for the commendable work they do. According to their website they engage in the following in order for the world to be a more peaceful place.

Early warning is an essential component of prevention, and the United Nations carefully monitors developments around the world to detect threats to international peace and security, thereby enabling the Security Council and the Secretary-General to carry out preventive action. Envoys and special representatives of the Secretary-General are engaged in mediation and preventive diplomacy throughout the world. In some trouble spots, the mere presence of a skilled envoy can prevent the escalation of tension. These envoys often cooperate with regional organizations.

Complementing preventive diplomacy is preventive disarmament, which seeks to reduce the number of small arms in conflict-prone regions. In El Salvador, Liberia, Sierra Leone, Timor-Leste and elsewhere, this has entailed demobilizing combat forces, as well as collecting and destroying their weapons as part of an overall peace agreement. Destroying yesterday’s weapons prevents their use in tomorrow’s wars.

Preventing Genocide and Responsibility to Protect

Prevention requires apportioning responsibility and promoting collaboration between the concerned States and the international community. The duty to prevent and halt genocide and mass atrocities lies first and foremost with the State, but the international community has a role that cannot be blocked by the invocation of sovereignty. Sovereignty no longer exclusively protects States from foreign interference; it is a charge of responsibility where States are accountable for the welfare of their people. This principle is enshrined in article 1 of the Genocide Convention and embodied in the principle of “sovereignty as responsibility” and in the concept of the Responsibility to Protect.

The Special Adviser on the Prevention of Genocide acts as a catalyst to raise awareness of the causes and dynamics of genocide, to alert relevant actors where there is a risk of genocide, and to advocate and mobilize for appropriate action. The Special Adviser on the Responsibility to Protect leads the conceptual, political, institutional and operational development of the Responsibility to Protect. The efforts of their Office include alerting relevant actors to the risk of genocide, war crimes, ethnic cleansing and crimes against humanity, enhancing the capacity of the United Nations to prevent these crimes, including their incitement.

United Nations peacekeeping operations are a vital instrument employed by the international community to advance peace and security.

The first UN peacekeeping mission was established in 1948 when the Security Council authorized the deployment of the United Nations Truce Supervision Organization (UNTSO) to the Middle East to monitor the Armistice Agreement between Israel and its Arab neighbours. Since then, there have been more than 70 UN peacekeeping operations around the world.

Over 70 years, UN peacekeeping has evolved to meet the demands of different conflicts and a changing political landscape. Born at the time when Cold War rivalries frequently paralyzed the Security Council, UN peacekeeping goals were primarily limited to maintaining ceasefires and stabilizing situations on the ground, so that efforts could be made at the political level to resolve the conflict by peaceful means.

Within the United Nations, peacebuilding refers to efforts to assist countries and regions in their transitions from war to peace and to reduce a country's risk of lapsing or relapsing into conflict by strengthening national capacities for conflict management, and laying the foundations for sustainable peace and development.

Building lasting peace in war-torn societies is a daunting challenge for global peace and security. Peacebuilding requires sustained international support for national efforts across the broadest range of activities. For instance, peacebuilders monitor ceasefires, demobilize and reintegrate combatants, assist the return of refugees and displaced persons, help to organize and monitor elections of a new government, support justice and security sector reforms, enhance human rights protections, and foster reconciliation after past atrocities.

Peacebuilding involves action by a wide array of organizations of the UN system, including the World Bank, regional economic commissions, NGOs and local citizens’ groups. Peacebuilding has played a prominent role in UN operations in Bosnia and Herzegovina, Cambodia, El Salvador, Guatemala, Kosovo, Liberia and Mozambique, as well as more recently in Afghanistan, Burundi, Iraq, Sierra Leone and Timor-Leste. An example of inter-state peacebuilding has been the UN Mission in Ethiopia and Eritrea.

Even as we battle with COVID-19, it is pacifying to know that an institution like the UN is still able to go on with all the work they do. Meanwhile communities should go ahead and that participate in all necessary activities to prevent COVID-19 transmission. This alone is a peace activity. It in turn creates societies that are able to prevent COVID-19, benefit from healthy and peaceful outcomes.