- November 10, 2019
It is unethical, abusive, calculated to manipulate and inflate numbers. They sit in meetings, in spaces where connivance, cunning, conspiracy and commerce can go on un deterred. They throw out well executed proposals by seasoned grass root health workers-cum community mobilisers.

Instead, they prefer working with HIV Care naive mobilisers with whom they meet in fancy hotels to plan strategies. Mobilisers, who will not question orders but will follow them blindly. Even if it meant risking the life of those living with HIV or their beneficiaries who may require other HIV-related services. Exit poll HIV Programming is the in-thing and such organizations ready to do that are favoured by Implementing Partner Project Managers.

These mobilisers are now formed into groups and taken through a coaching session. This makes them long pipelines through which millions of PEPFAR funding are minted. There is a vicious brokerage within the US funded anti-HIV Prevention projects which has privatized gains and socialized pains.

There are two forms of intervention events.

The Terminal and Cascade event.

In the Terminal event, one deals with one aspect alone, say Circumcision. In this event, the attendant post circumcision services are left to the beneficiary.

In the Cascade event, all attendant services are provided. For instance, testing is followed by counseling, which is then followed by other services depending on the outcomes of the test and counselling decisions.

However, this has been thrown out of the window by many organizations receiving PEPFAR funding. They now implement the Terminal even Protocol.

Those living with HIV, are left to suffer from say, adverse effects of medication. Planned visits where it is possible to check upon bedridden/bed-bound clients to elicit progress were discouraged.

The explanation given is that, observance of the step-by-step rituals of home visits, facilitating those on ARVs to go for Viral Load testing and addressing nutrition or housing hardships is old fashioned or obsolete. The reports are about steep targets. In order to facilitate this, organizations that were genuinely doing HIV care work were sidelined.

In their place, are those which can carry out mobilization work, for what has become a by-line. The TCS activities. The three things done are:

Regrettably, HIV Prevention and care work has been hijacked by brokers of the business of steep targets. What used to be testing, counseling, confirmatory testing for those who have a positive diagnosis, linkage to ARV and psycho social support have been thrown out of the protocols. If you talk numbers then you are in. If you talk protocols and procedures, you are out!

It will not come as a surprise when we hear reports of spiking HIV prevalence in countries that had reigned in HIV.

This kind of mobilization and recruitment gives the right statistics but miss out in linking or connecting beneficiaries to the wide range of HIV Prevention and Care services. This approach will not cater for say, drug resistance issues or adverse drug effects or other hardships faced by people living with HIV.

A budget outline of one organization that received PEPFAR Funding shows cost centers below: 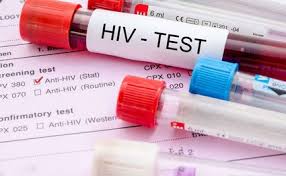