- August 01, 2019
Over 30 judges and magistrates from Africa and around the world gathered last week in Johannesburg for the annual Africa Regional Judges Forum to discuss the progress, challenges and latest developments in the human-rights based response to HIV and tuberculosis (TB).
“Experience from the last six years – since the launching of the Global Commission on HIV and the Law’s report in July 2012 and the convening of the first Africa Judges Forum – shows us that despite numerous challenges, there have been some extraordinary advances in terms of laws and rights-based jurisprudence in the context of HIV and TB in our part of the world,” said Justice Oagile Key Dingake, in his opening remarks.
This was the sixth and largest forum to date, with a total of 54 participants coming from 22 countries,[1]  including judges, magistrates and representatives from judicial training institutes. Non-judicial participants included experts from the Center for Reproductive Rights, UNAIDS, the International Labour Organization, University of Cape Town, Northwestern University School of Law, KELIN and the Southern Africa Litigation Centre.
These annual meetings are owned and planned by the judges themselves, with support from the United Nations Development Programme (UNDP), and is a venue for senior members of the judiciary in the region to discuss issues of HIV, TB, human rights and the law.
Justice Edwin Cameron, of the Constitutional Court of South Africa, who is proudly gay as well as living with HIV, welcomed the participants with remarks during an evening reception.
“Despite progress in HIV prevention, treatment and care, especially in availability of ARVs, the HIV epidemic is unfortunately here to stay for the foreseeable future. In particular, HIV continues to be treated exceptionally because of the destructive power of stigma. This is reinforced by the enactment and enforcement of HIV-specific criminal laws,” said Justice Edwin Cameron. “It is imperative that judges, lawyers and policy-makers ensure that the rule of law — and good sense, backed by medical and scientific evidence — prevails. It is our duty, as judges, to ensure that injustice and irrationality, fear and ignorance do not triumph.”
“The judiciary has such a crucial role to play in addressing human rights issues for people living with HIV and TB,” said Deena Patel, Programme Manager of the Africa Regional Grant on HIV. “And this forum is vital, as it brings together judges, medical experts, scientists, civil society, members of key populations, TB survivors, and other community groups to learn and exchange real-life experiences of how the law impacts people’s lives.”
While earlier iterations of the forum focused solely on HIV, there has been a shift to expand coverage to other sexual and reproductive health and human rights issues, as well as TB.
This year, the forum discussed the ‘Expert consensus statement on science of HIV in the context of criminal law,’ released by the Journal of the International AIDS Society in 2018, as well as data protection and rights of marginalized and key populations in the era of digital health, which was highlighted in the recent supplement of the Global Commission on HIV and the Law.
The meeting also provided an opportunity for the Judicial Education Sub-committee of the Africa Regional Judges Forum to update on the ongoing need assessments that are being conducted as part of efforts to develop a curriculum to integrate HIV and TB issues into judicial training institutes across Africa.
As with previous year’s forums, judges were able to discuss effective strategies and programmes for ongoing sharing of information to ensure sustained excellence on HIV- and TB-related human rights issues that comes before them, as well as to support the development of a new generation of judicial leaders familiar with issues of HIV, TB, human rights and the law. For example, the forum discussed the most recent groundbreaking decision from the High Court of Botswana that deemed penal code provisions criminalizing same-sex sexual conduct between consenting adults unconstitutional and ordered decriminalization of adult same-sex conduct.
Cross country learning was heavily emphasized during the two-day meeting, with participants sharing best practices and rulings addressing exclusion and inequalities, human rights and HIV and TB from different jurisdictions. During the forum, UNDP announced that they will support regional judges’ forums in both the Eastern Europe and Central Asia region and the Caribbean region during this year.
The 6th African Regional Judges’ Forum was supported by the Africa Regional Grant on HIV: Removing Legal Barriers, a regional Global Fund grant that addresses human rights barriers faced by vulnerable communities in Africa, and facilitates access to lifesaving health care.
[1] The 22 countries were: Botswana, Côte d’Ivoire, Democratic Republic of the Congo, Eswatini, Ethiopia, Ghana, Kenya, Saint Lucia, Malawi, Mauritius, Moldova, Mozambique, South Africa, Sudan, Tajikistan, Tanzania, Trinidad and Tobago, Turkey, Uganda, Ukraine, Zambia and Zimbabwe. 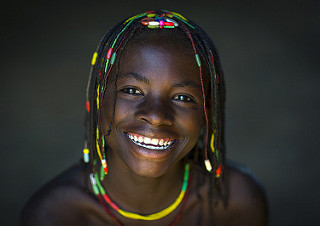