The Ebola outbreak has spread to a third province in the DRC.

A story by Tim Cooks of the Global Health Network (GHN)

2 new cases, including 1 death, were recorded in South Kivu, more than 700 kilometers south of the outbreak’s source, according to Reuters.

A 24-year-old woman died on Thursday after visiting Beni in North Kivu, STAT reports via AP. Her 7-month-old child is being treated. The woman had been vaccinated after being identified last month as a “high-risk contact” of someone infected with Ebola, Reuters reports.

There have been more than 2,800 cases recorded since the outbreak began more than a year ago, according to a report in the H5N1 blog. 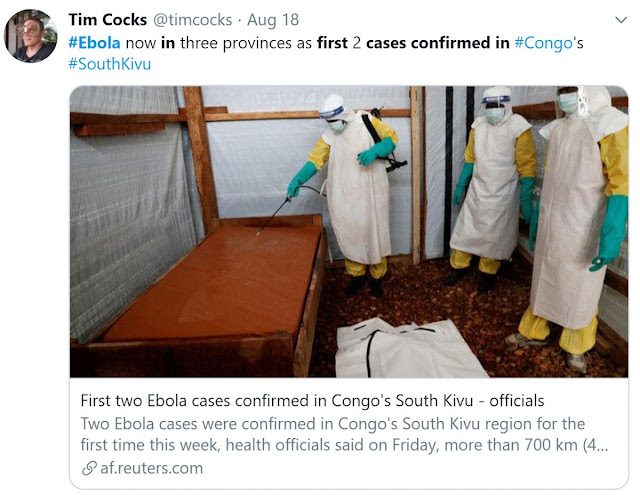