Q And A Forum: Causes of ARV Adherence Interruptions And Implications For HIV Prevention


Interrupting  regular taking of ARVs, is caused by many issues including:

There are implications definitely such as: lack of viral suppression and existence of virus meaning it is detectable and therefore transmissible.

Hopefully this article will help you weigh your options. Remember to watch out for risks such as: unprotected sex with multiple partners, exposure to malaria, TB, STIs and other situations that adversely affect one’s immunity.

In this article by Benjamin Ryan (2019), the reader will note that the study participants are assumed to be well housed, well fed, have the power to negotiate for and adhere to safer sex practices.

"In 2006, the pivotal SMART study threw the HIV community for a loop when it proved that “drug holidays,” then in vogue as a means of escaping the side effects of antiretrovirals (ARVs), were in fact harmful to health.

Given those findings, it may seem counterintuitive that today it is common for researchers to take people with HIV off their ARVs during cure studies. Would this not also compromise their health, even if these treatment interruptions are shorter and more closely monitored than those studied by the SMART investigators?

Seeking to address concerns about adverse health events associated with what are known as analytical treatment interruptions (ATIs) in cure studies, a team of German investigators conducted a systematic review and meta-analysis of numerous studies in which investigators put people with HIV through either ATIs or the more loosely monitored structured treatment interruptions (STIs) that the SMART study’s findings ultimately drove out of practice.

Cure studies use ATIs as a means of assessing how an investigational therapy affects the virus outside of the context of suppressive therapy. During participants’ time off ARVs, investigators can measure how treatment affects the amount of time before the virus rebounds, the peak viral load, the ultimate viral load plateau and other factors.

Jörg Janne Vehreschild, PhD, of the department of internal medicine at the University Hospital of Cologne in Germany, led the team behind the new analysis, which was published in Clinical Infectious Diseases. He and his colleagues identified over 1,000 studies published through May 2017 that reported on adverse events among people with HIV during treatment interruptions, including STIs and ATIs.

The studies included in the analysis needed to describe the design of their treatment interruption, the frequency of CD4 count or viral load monitoring, the data covering the periods both before and after treatment interruptions, the previous time participants had spent on ARVs and various clinical outcomes, such as adverse health events, AIDS-related diseases and drug resistance.

Vehreschild and his colleagues narrowed down the list to 22 reports published between 1999 and 2016, including the SMART study, that included a cumulative 7,104 participants. Some studies restarted treatment after a pre-set period of time, while others did so based on changes in participants’ CD4s or viral load. Ten of the studies were randomized controlled trials, seven were prospective studies that did not have a control group and that studied a particular intervention, and five were observational studies. Overall, these studies provided evidence that the new analysis’ authors considered to be of moderate certainty.

In the studies with long follow-up intervals, 3% of participants experienced disease progression, including 5% of those in randomized controlled trials and 1% of those in observational and uncontrolled interventional studies. Eight percent of those with a baseline CD4 count of 350 to 500 saw their HIV disease progress, compared with zero percent of those with initial CD4 counts greater than 500.

Pooling the 6,430 participants from the nine randomized controlled trials, the investigators compared those who stayed on ARVs throughout their study participation with those who were put through a treatment interruption. They found that interrupting treatment was associated with a 27% increase in the rate of adverse events. In the studies in which participants took ARVs for at least 24 months before enrollment, interrupting treatment was tied to a 2.75-fold increased risk of adverse events, compared with a 3.14-fold increased risk in studies in which participants took ARVs for 12 or fewer months prior to enrollment.

The authors of the analysis determined that there were associations between the overall proportion of adverse events during treatment interruptions and baseline CD4 count, baseline viral load and study type. After adjusting the data to account for various differences between the participants and studies, the authors found that longer follow-up intervals and having a baseline CD4 count between 350 and 500 were each associated with a higher rate of adverse events.

“Our systematic review and meta-analysis highlights an existing knowledge gap that has not been conclusively answered by previous landmark trials,” the study authors concluded. “Although these trials, most notably the [SMART study], showed an increased risk of [sickness] and mortality during [treatment interruption] compared to individuals who continued therapy, other, mostly small studies, with narrow follow-up intervals, suggested that patients with a [baseline CD4 count of greater than 500] and an undetectable viral load can interrupt therapy safely, if monitored frequently. From a clinical point of view, ATI seems not to bear a marked risk of [adverse events] or resistance.”

Addressing the delicate ethical balance that scientists must observe when designing HIV cure studies that include ATIs, the paper’s authors concluded: “The residual risk of disease progression or development of drug resistance mutation has to be balanced against the potential new insights or clinical benefits of experimental strategies including TI.”

The paper notes a lack of reports of people transmitting HIV during ATIs. However, a report published too recently to make it into this new analysis tells of an HIV-positive French man who went through an ATI in a cure study and transmitted the virus to his female partner. The case study suggested that the man’s untreated depression might have influenced his transmission risk.

A potential lesson learned from this couple’s experience was that cure researchers should be more mindful of screening study participants for factors that may compromise their capacity to mitigate their risk of transmitting HIV while they either have or run the risk of having a detectable viral load during an ATI. In addition, investigators may recommend pre-exposure prophylaxis (PrEP) for the HIV-negative partners of study participants going through ATIs.” 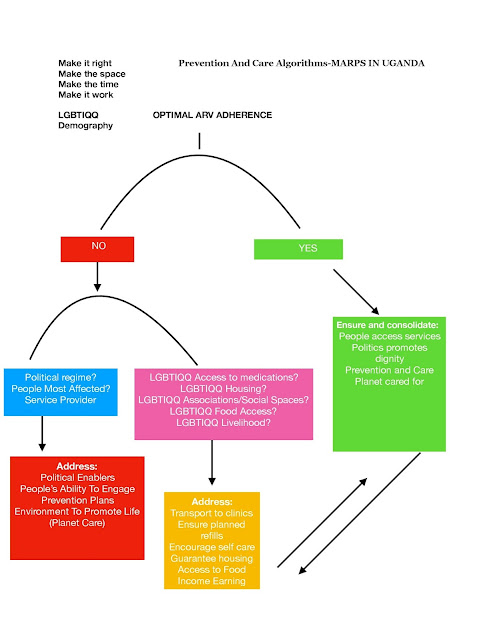