- May 03, 2019
COVER STORY: TGGC GIVES SOCIETY LEADERSHIP ULTIMATUM, OR ELSE…
Leaders of TGGC have marked the new year’s day with calls to Society leaders to put into law, through speedy passage of, the bills that address the 3 demands dubbed the ‘3-D’. More than 1 million young people without work have joined what are known as 3-D Clubs. In flushing out ‘sliders’ they hope to strike two birds with one stone: get a hefty daily allowance and at the same time be seen to get ‘sliders’ out of Society. It should be remembered, Society has one of the world’s biggest number of well read young people without work. This is seen as an employment opportunity, albeit clandestinely.
The TGGC leaders who attended the New Year’s meeting put copies of the exquisitely bound bench-mark, the supreme law of Society, on fire. In the bright fames the books cringed and curled, as if in protest, until they were black chars of their former words that had made Society a peaceful entity. We see today, the beginnings of what happened in Nazi Germany or Soviet Union during the regimes of Adolf Hitler, Josef Stalin or Rwanda during the genocide.
The TGGC is using the oft said threats, calling a vote of no confidence in all the elected Society leaders. They called on sliders to change their ways, repent their sinful acts and walk ahead with heads facing straight ahead.
‘The leaders of Society seem to condone sliding. There is sound, fury and delays. Delays in meeting our 3-D agenda are unacceptable,’ said the public relations officer of TGGC.
“ Even the ones keeping silent about ‘sliding’ or not doing anything about it, are actually ‘sliders’ too by inaction, omission and commission,’ continued the officer form TGGC.
“Passing into law what will make all people in Society walk straight ahead should be made a priority by end of this month. This is the last time we are talking. We are moving into the phase of action,’ concluded the TGGC officer.
To be continued.......... 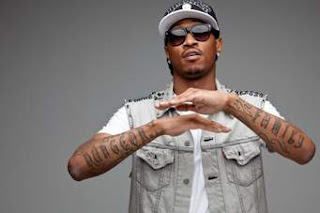