- May 03, 2019
“Dear people of Society it has been so many years now since we had been given the two sets of Society-logues: the benchmark and the Straight Code. Once again as we have always done at every end of month, let us go through the ‘Straight Code,’” he said in a loud voice before a hushed team of leaders. The assistant took the Society leaders through a compulsory 2 hour long recollection of the Straight Code.  The assistant first asked ‘firmly man always masculine’ to go through all the 7 entries without looking at the code book. In a very strong, loud voice and a face beaming so brightly and proudly, ‘Firmly man always masculine’ said all the seven quickly, by rote. ‘Firmly man always masculine’ said out-loud each point dramatically by banging on the elegant table and as soon as he was through he was cheered by all members. Many of the members stood in ovation. The team of members who cheered him loudly were also members of a private club that ascribed to authoritarian and totalitarian tendencies.   They privately called themselves the Bar 1 and 2 Club. The assistant then turned to ‘Firmly woman always feminine’ who also went through the seven entries by rote.  As is usual in the Society leadership, ‘Firmly woman always feminine’ was cheered by so many who ascribed to the Bar 5 Club. These ones believed in, and at all times promoted through talks and trainings, moral aptitude. They aspired for a society characterized by or were much concerned with favouring, promoting, rewarding and judging absolute goodness over any form of badness of human action or character. They too walked straight and in order to keep their heads facing ahead avoided any form of make up or plaiting of hair. They reasoned it would divert their concentration and purpose to walk straight with head facing forward. They believed in the aspirations of the ‘Straight diva-humanness’.  They never broke any of the codes otherwise they would be called ‘sliders’. They even never walked backwards, not even in sport. The assistant was very happy that the Society leadership was showing the best example. The Society leadership in fact paid lip service to all the Straight code but whenever the assistant was around they went through the motions and appeared so scrupulous. All the procedures at the Society meeting hall were reported in the ‘Not-see broadly’ Newspaper.  It was important to not fault in speech or diction. All members went through the Straight code and the meeting was dispersed in the name of Deus. The assistant told them that it was proper that all continue remembering to start of end all proceedings in the name of Deus. Two very big copper plates were placed in the lobbies to the Society meeting Hall. They were 12 feet in size and 5 feet wide. They proclaimed in big letters the Straight code:
To be continued in next series Kampala Tatler #7 Is This A Lodge Or Motel? 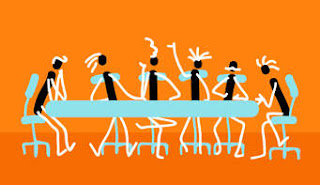