- May 03, 2019
This little book, called Moratopia, is written for all who want to do something about their oft procrastinated engagement in social justice activities.
a)     Utilitarian: Stressing value of practical over aesthetic qualities
b)    Totalitarian; of or designating a polity whose main characteristic is considered monolithic unity upheld by authoritarian means.
c)     Authoritarian: characterized by or favouring absolute obedience to authority, as against individual freedom.
d)    Moralitarian: characterized by or concerned with favouring, promoting, rewarding and judging absolute goodness over any form of badness of human action or character. 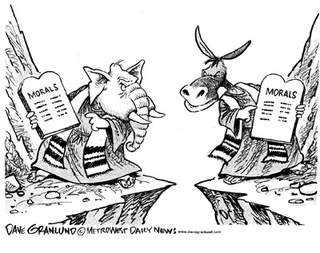