Kampala Tatler #22: They Steal The Common From The Goose


Tyrese is a Transgender University student at Makerere University of Kampala and together with four friends were walking back to their halls of residence when one of them received news of another friend (Quattro) held by police for dressing not in conformity with his perceived gender.

A man who had taken Quattro to a bar reported this situation to the police. While at the police station, Quattro called one member from the group.  So, this group had to find ways to come to the rescue.

Tyrese called and told HD about this emergency. HD made all the perfunctory curtsies but after hanging up was never heard from again.....

Meanwhile the Quattro was rescued through other means and persons who were called to come and help address this situation.

I told you about LCM, HD, FDR and DW in the previous Tatlers.

A correspondent asked us to explain why Kampala Tatler a much needed paper, took long to appear. But, was happy at the same time a paper like this appeared to set an uplifting pace opposed to vices within the LGBTIQQ community of Uganda that seemed to be celebrated by those who had means, materials and money. The LGBTIQQ funding mechanisms were becoming increasingly and exceedingly saturated by lies, incompetencies, self serving machinations and misappropriations. Premium was put on fancy life, jet-set mileage, conference attendances, super estates, dinners, wines and fast cars. It had become a commercial cash cow for the poster child activists. But, an end to that is called for now! That the falsehoods in the life of activism are such that they needed to be exposed. That manners and morals by the so called leaders who get funds to support LGBTIQQ have instead deteriorated to such an extent that to profit from LGBTIQQ activism is preferred than provision of much needed upliftment support.

These so called leaders, have pourlieus they frequent and perhaps where they have accounts in the millions out of which they draw.

How does one live and afford an extremely flashy life in Kampala like these so called leaders? What kind of work do they do?

Well, I leave that to you to find out. But it is known that if they are not found hanging around all these very fancy and expensive places then be sure they are out of the country. But definitely, you would know this already given a very dedicated pattern they have established.

They have made emergency a commodity of exchange and their input in the labour of extracting money out of funders has the finesse of Swiss Watch makers. At a rate of every 2-3 months, they come up with campaigns.

The Symptoms Of Their Pattern:

1. Go off on a social media 'newsroom' talking head spree. During the spree, they talk about how the Uganda Government is so foul that it abuses the Human Rights of LGBTIQQ. They then go through a litany about those abused rights following a well developed script.

2. They then besiege the Minister of State for Ethics & Integrity, Simon Lokodo and organize petitions which they make sure are widely advertised. They well know the Minister is actually out perhaps finalizing tabling a policy this or that. They make a show of waiting and when they are lucky he gives them audience.

3. They get in the way of other organizations trying to raise funds to support constituencies. It is a turf battle! They would try all means to stop any other organization organizing an event without their express permission. They would write to denounce such an event and claim they had not given it their blessing! God forbid!

4. They cause meetings whose agendas are only known to themselves. Then they come out of the meeting and all they post was "the meeting went well!" One liners that even a Kindergartener is taught to avoid! When asked what exactly was the goal of the meeting, no one bothers to enunciate or inform the LGBTIQQ community. High eyebrow arrogance of the highest order!

5. After sometime, they cry foul that their offices were vandalized or that they are missing all their laptops or this and that emergency. Bottomless stories and headless notions indeed! How they abuse their positions of power!

6. Organize a meeting at a very expensive venue (a five star hotel), give notice about it to participants within 10-12 hours (deliberate short notices and apologize profusely), send this notice via emails knowing well the recipients may not be in position to read the invitation,  they send out an ill-planned agenda and ask recipients to write back to RSVP using email only! Few turn up and imagine who signs the attendance lists?

7. Then they get calls from different Embassies and continue with the charade of crying foul. Soon, they are airlifted and end up in a given country other than Uganda. While there, they Facebook pictures or update their Twitter handles with pictures of serene lounges and those plastic smiles. This occurs regularly in Uganda that it came to be known simply as the "move!"

In general parlance between two or more people:

"Oh! So and so went to New York after claiming their offices were vandalized!"

' Those are their common moves! I wonder why funders do not wake up and stop giving them money to waste on flashy lifestyles!'

As always at Kampala Tatler we shall bring you exposes, where we account for contemporary life and manners under the mission of reform for all LGBTIQQ of all degrees. We call out vulnerabilities and make sure these are what can be reformed in order for persons to gain integrity. We hope that this is one way to revive opinions of wit and merit. Those who get funds to support LGBTIQQ have to stand to the scrutiny of dedication to value for money. Relationships have now changed and are based more on financial and commercial markets and with contemporary entertainments and pastimes. Yet, they should be measured on upliftment, mentorship, strategies for eradicating HIV, tactics for involving more LGBTIQQ in fighting HIV, action manuals on sustaining quality life.

Their work is noble!

We want them to be remunerated for it, but we are against the lifestyles that are way much dependent on and can be explained by factoring in the large sums of ill-spent money at their disposal.  It is said that between them they have an estate worth Uganda Shillings 1 billion! Yes, get LCM, HD, FDR, DW and BN, the so called  LGBTIQQ leaders and you will find out about an estate worth UGX. 1 billion. 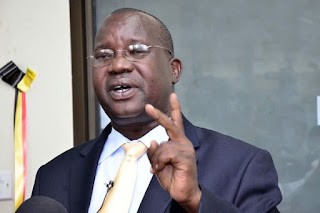