Kampala Tatler #19: Circumcision Must Not Corrupt The Integrity Of The Organ

- May 05, 2019
.....HD, LCM, DW, FDR, GC, "Discipularum inter jubeo plorare cathedras.." as Horatio would put it for those characters who meddle and in the process become barriers. In this case: the end of HIV.

After working for sometime with a vaccination unit there arose two groups. The Vaccinators and non-Vaccinators (Vaxers and non-Vaxers). The debate ensued. I knew the advantages of vaccination but also because of my medical background knew of the outliers who reacted to the vaccinations and ended up having the very symptoms for which we vaccinated. We needed to have the right laboratory equipments and emergency medical teams ready to provide anaphylactic shock therapy and after vaccination care/management. I personally have 5 people so dear to me who reacted, disablingy, to most especially Polio/Measles/Rubella Vaccines!

After having had to give talks on the pros and cons of vaccination, little did I know that years after I shall be around for the circumcision interventions that are part of the Voluntary Medical Male Circumcision (VMMC), part of the Combination HIV Prevention Package. Now, the battle lines are drawn between to cut or not cut! Shakespearean indeed.

In matters like these specifics matter and the blanket one-shoe-size-fits-all approach does not work. Also, this kind of work requires background preparation.

I have been involved in demystifying the false information on circumcision for quite sometime and one trick is to move it away from being a tool of precarious male and female toxicity. Into the arena of hygiene, surgical corrections and prevention of infectious diseases.

Let me spend some time on the general application of circumcision.

Sexual intercourse, integrity of organs, surgical corrections and hygiene are four areas of contention as far as circumcision goes. Therefore this article has as much as possible explored these four and how they apply in real life.

The manners of our society are put to test as are those of the cutter and the cut!  Not to mention their taste too.

Now, I must say, this also is a heavy burden upon the researchers and authors of these volumes.

It may appear to be presumptuous work, but it is so relevant in the duty of the eradication of HIV from Africa to tax the work of such as have long had the enviable position to get communities to engage in HIV Prevention and Eradication.

But, as always, I shall make reason, truth and nature the plumb bob of worthiness very much against the ill-feelings some may have toward writings of these nature. For there are those who find in these writings the unspared rod for the spoilt child. There are others who would rather in their spoilt limbo drag all the rest along with them.

Without much ado, let us explore what deserves mention and action as far as circumcision goes in men and in women.

Circumcision is a choice made so that in the event of sexual intercourse, the chances of acquiring infections is reduced.

There are those whose foreskin is so painful when it has to fold, say, during cleaning or even doing a day-to-day activity such as passing urine. The prescription is to have the foreskin cut off in order to maintain the integrity or proper use of organ. This is a surgical correction too.

For the case of women with Fistula, surgical correction is performed to put back the torn parts together so that when passing stool and urine the two do have seperate channels to go through.

Female Genital Cutting, on the other hand is the cutting away of the external parts (labia) as part of cultural rituals. This is cruel and a human rights abuse.

In case of hygiene, circumcision is said to be a go to for males who would prefer that procedure.

These four areas are important talk point themes for leaders who want to improve on their articulation on matters that inform policy, programming and planning. It creates good use of advocacy time and enables speakers to move away from ad libitum (ad lib) hot air talks.

That the Kampala Tatler has achieved that mission of empowering leaders to shift their narratives is not doubtable. As much as possible, we take initiative to provide well researched material applicable in real life.

In reflecting upon these experiences of circumcision, I have chiefly drawn from those tribes that circumcise out of cultural precariousness and what public health says about circumcision.

Much of the examples is drawn from Africa where according to Wagner (1949) "circumcision ritual has an old tradition behind it and in its present form is the result of a long process of development." Other researchers such as Merck, Kakanka, Morris, Miller, Lawal and religious writings are a treasure trove to read for further insights.


Five principles arise from the readings: circumcision must not corrupt the integrity of the organ; it must not lead to human failings; must not be used to subjugate people; there must be measures to treat those subjected to the knife; and it must be such that it adds protective value which is the purpose for which it was performed. 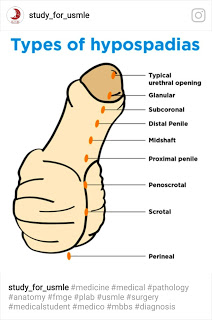