- May 05, 2019
Amaranthus Majesty (AM) is male and struts the streets of Kampala draped in Chinois knockoffs that last a week. He drops in every fancy place this side of Kololo, Bukoto, Lugogo, Munyonyo....you name it.

The Kampala Rule: To be seen is to own Kampala and the well attired are the loudest, most glamourous (...... and not necessarily empty-Kampala Owl).

AM has initiative, focus, talent and the networks. It is what has made him afford Kampala high life.

AM recently revealed he is gay and the trollers (from trolls) had a field day!

One trol went: "......been suspected for a long time, now comes out as gay in order to tap into the large and deep pockets gay donor funds........"

Now, now, now.....that is one  misconception out there that "gays" are targeting money. Or that gays have to always engage in sex, drama, drink and drive fast cars.

That "gay" is some kind of strategy to swim in money or passport to go abroad and have an exotic lifestyle. Though, affluence is not unique to any given orientation or age.

Gay is honesty to self and a means to self determination.

To be gay is not as easy as many think.

One does not just walk into a supermarket, walk through an aisle and pick up an item "Gay" off a shelf!

There is a struggle. An under current hidden by facade, pretense, and appearances! It is only escapable by those who are resilient.

Let me give you three examples of scenarios .

Resplendent Teenager Tease (RTT), is 18 and a skilled guitar player. After four months of music practice at a venue in one of the Kampala based Colleges, he had his first intimate male-to-male romantic kiss with another member of the practice team.

RTT enjoyed it but was perplexed at the same time. When asked about what he enjoyed doing in his free time, he said he enjoyed watching thriller movies.

When asked further why he felt queer about kissing a man yet he enjoyed it at the same time? He said he could not really place a finger on his feelings. He revealed that at first he felt weird and that if there was an Imam who could hear his confession he was ready to go through that! He felt a heavy burden about him. So discomforting and disempowering at first. He felt as if he was accounting for his "bad act."

Then later in the night when he was home, he resolved this was his true nature. He kissed the boy and the boy kissed back. It was fun.

He was attracted sexually to fellow males.

Currently, there was another male too. With this second one they just liked to sleep in the same bed or cuddle for hours without any sexual consummation. That is the decision they made from the day they revealed to each other these same sex romantic feelings.

When asked about his definition of gay, he said he thought it was a gate pass to happiness and freedom to do whatever he wanted. Part true and part dangerous, I warned him.

I warned him that "Gay" is about being true to oneself. About being responsible and aware of consequences. One had to work harder to earn subsistence and that there were no handouts waiting for one who comes out as gay!

I reiterated that "Gay" is not a free ride into sex, pornography and dating. I told him nope. A big No!

"Gay" was not into reckless dating or pornography, it is about expanding one's understanding of "gay" life. There is no happy magic waiting somewhere. I told him, no way! Gay life is about hustling and that there is no White Man with deep pockets waiting in the wings ready to give him money and spend the rest of their life in paradise! Spoiler Alert!

On the other end of town, there was a meeting arranged to talk about Penis Care.

Some attendees sat still throughout, others were busy chatting with chat room buddies and some kept moving in and out. This meeting is one of the many arranged for the Kampala Gay Community and it is voluntary. There is tea and biscuits served after the meeting. But, there was one GAY COQUETTE who kept making funny remarks every now and then. At first it was tolerable but it turned out to be terrible and eventually horrible. The group is still looking for the best ways to tell off this GAY COQUETTE!

As a man, keeping your penis healthy and sweet is important.

Your sexual organs are very valuable and must be cared for.

1. A clean penis is very important so wash your penis with warm water at least twice a day. Clean the scrotum and under the penis shaft gently and scrub your scrotal sack too.

2. Leaving too much hair around the penis is not vogue.

Also, hair around the base of the penis can be breeding ground for boils and cause bad odour so shave or keep it short and clean.

3. Don't pamper the penis too much, As soon as you notice an infection, boil, rashes, please go get help immediately.

4. Many guys wear one boxer for a whole week or even a month but for health reasons please change your boxers everyday.

A dirty boxer may give your penis a permanent bad smell and a bad taste.

5. Guys what you eat affects the taste of your semen or penile juice. What you smoke and drink does too.

Avoid too much garlic, onion, alcohol,coffee and spicy foods.

Eat fruits that are high in natural sugar like oranges, apples, mangoes and please take honey too.

They all make your sperm taste good.

6. Other parts may need makeup but not your penis. Just clean that area so well so regularly!

Avoid using powder around the penis. If you do, especially after shaving, you might have to deal with serious irritations.

The penis doesn't need perfume to smell good so don't spray perfume around your penis or genitalia. Just wash diligently!

NB: For those who are not circumcised, in your case, please pull back the the foreskin and wash underneath with warm water everyday.

Always remember, a clean penis is mightier than Goliath's sword..

Finally guys, please go for a quick check up if you notice any changes within your scrotum, this could be a sign of prostate cancer.

It's common among men about and above 50 years of age.

These and many issues occupy all humans alike whether straight or gay! 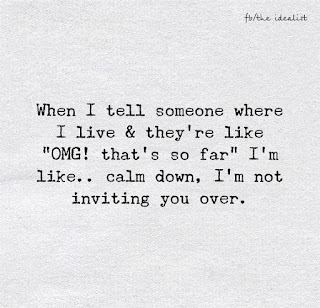