“................In the name of ‘battle-drink’ I say I shall finish this ‘3 inches’ of a drink in a gulp. Watch me,” the ‘firmly man always masculine’ raised the small glass, brought it to his mouth, tipped his head and in one gulp the fiery drink was gone.
“One step forward, one foot in front and another following, look straight ahead. Walk shtraight. One……… sheep ford, one fool…… in front and another……. following, look shit ahead! Walk sshtraight. Join me in thishhh walk. Remember do as I do and shhhhay!” commanded ‘firmly man always masculine’ who entertained all the 42 members in the Opulent Club. They all joined in the straight walk which ended up as a circle because of the size of the room. The commander was leading.
“One shhhtep fond, one fooool in front and another following, look shitraight ahead. Walk shhhhitraight. One……… sheep ford, one fool…… in front and another……. following, look shhhhhhit ahead! Walk sshitraight,” the leader commanded even louder and the 42 followers with arms around the waist of the person ahead, all in a circle, strived to keep in pace. Some were pulling back and others were bumping into each other. The leader reminded them that perhaps they needed to start the walk with the mandatory salutation.
“In the name of the ‘battle-drink’, one shitep ford, one foot in front and another following, look shitraight ahead. Walk shhhhtraight. One……… sheep ford, one fool…… in front and another……. following, look shit ahead. Walk sshhhitraight,” commanded the leader and this time there seemed to be some order in the club. This went on for quite a time. Some stripped. Others continued to intoxicate. The zigzag gait, the back and forth walk and the excuses to do better as they continued downing more glasses of the fiery ‘battle-drink’.
Deus’s assistant had spent days without seeing the Society leaders, many of whom were members of the Club. The assistant opened the door to the Club and what the eyes met was so shocking. The assistant was so furious. In the next minute a most potent of curses was what came out the mouth that had previously taken an oath not curse Society. Within a very short time all of Society, became a death spot. The curse killed everyone and the assistant’s Dog too!
Deus walked into the Club and looked in the assistant’s eyes. The assistant avoided the stare. The assistant pleaded to Deus to bring back all the people of Society and the Dog.
“I am giving you three choices which you must make carefully. The choice you make wrongly will destroy everything. The one you make rightly will recreate everything,” warned Deus.
“The first choice is to bring back life; the second is to bring contentment and; the third is to bring back the 7 forgiving spirits,” he said and asked the assistant to choose.
The assistant took a very long time deciding. The assistant’s mind went through all the experiences from the start of time. The assistant realised that all it required to live well in Society was: tolerance for each other; sacrifice; compassion; guidance; tenderness; due regard and; sympathy.  The assistant had just realised the list of the seven spirits and without more hesitation picked the third choice.  Society was restored!
“Whenever you talked to the people in Society you were talking to me. Whenever you met in all those clubs and halls, however private they were, I was there. Every part you see, even what you do not see, every single bit of nature belongs to me. I am in it and I made everything.  I am the one who came to your grand house seeking for a place to stay. My people should know they were in need of the seven spirits of forgiveness some day in their lives. They have to give as much as they want to be given. They have to put in effort to act just. It takes effort. They should not judge others using scales they cannot apply to themselves. It is the essence of justice,” Deus said and disappeared again. 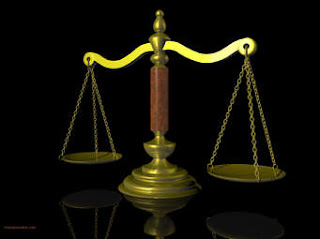