- May 03, 2019
Also known as the Disappointments in LGBTIQQ Activism


January 000002
10.00am-1.00pm
This year, there was a political lull about slider issues by Society leaders and newspapers reported about other things. Most importantly they reported about the rainy seasons which with floods and landslides devastated most parts of Society. The leader of ‘See change’ had 12 travel invitations from different organisations. Some trips were spread over two weeks. The leader had just got two awards for doing ‘tremendous work in providing visibility, most times at the risk of life, in the middle of night, braving the pitch black nights to provide immediate support to sliders in need’ read  part of the accolade from an internationally respected organisation. The leader’s desk had a small bronze plaque which read: ‘the first step in solving a problem is to identify it.’
The first quarter of the year had four trips: One trip was a three-day follow up on a radio talk show organised to give a picture of Society’s situation towards sliders. This was followed up by a trip to another country to meet with the department of foreign affairs and discuss how more sliders in Society can be involved in liberation and self-development. The third involved meeting with 6 University heads on issues of scholarships which could be arranged for Sliders from Society. The fourth was about health, diseases and care among sliders. The leader had an opportunity to choose six other people in all instances for all the trips. The leader shared this piece of news.
‘No, do not involve other people! Make sure you only talk about our organisation wherever you go. Show the whole world and impress it upon them this is the only organisation providing services for sliders,” said the one of the assistants who knew was to be chosen, had to be chosen.
“Sure ours is an insider management team. These trips are the benefit from our sweat,” said the leader self assuredly.
“Okay, you, you and you. You will come with me for the first trip,” he pointed at three obsequious assistants.
“I am rewarding you for coming to keep us company at our offices and our homes when we seemed so bored and had nothing to do,” he continued with the airs.
“You, you and you,” the leader pointed at the next three people.
“You will escort me for the two week long trip. I am rewarding you for having cleaned around the offices and always picked trash thrown around here at the offices and our apartments. I do thank you also for cleaning my cars,” the leader assured the next group.
“We can adjourn the meeting and go out for lunch. There is that diner at the corner between the water fountain and the City garden parks. I am inviting all of you for lunch,” said the leader.
“Oh, by the way I need to give the six of you these digital gadgets I no longer use. You can have them,” said the leader as a drawer was pulled open. “They are state-of-the-art-gadgets: this is an iproxynal digitizer phone, this is the latest aXyssus universal webrillator, this is the about-to-get-to-the market i-phone, that there is the KSTGKL i-pod and this is the futuristic STGLM video-phone ,” The leader shut the drawer  of the mahogany brown executive desk, after clearing out the used gadgets which the assistants took, happily.
There were excited hoots and thank yous passed around. Indeed the leader was very considerate. What with all the bending while cleaning! One of the assistants had also seen the latest entertainment system at the leader’s home. It was worth the entire budgets of three of the slider grass-root based groups! 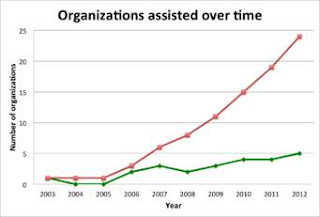