- May 03, 2019
November 000001
At the Oversee offices, ‘change shared’ Organisation had presented its proposal for funding and was waiting feedback.
In the proposal five areas pertaining to slider welfare were targeted: Promotion of team building skills; establishing desks with identified slider-straight spaces; sponsor health work camps; map out skills levels and; establish offices with telephone hotlines.
The leaders were encouraged and prompted by the big numbers who were calling on them and asking them to seek support like ‘See change’ Organisation was always doing.
For some it was a protest and to other it was the desire to see replication. They sighted so much was concentrated in the urban and yet in the outer fringes of the urban center many sliders were not getting their fair share of benefits.
They claimed to hear some of their leaders talking about issues very different from what they felt on a day to day basis. The leader felt so confident this was the time ‘change shared’ would be supported. While in the lobby of Oversee, the leader went through various multi-coloured magazines, social justice newsletters from around the world and bulletins spread on the low lying coffee-table. The leader was a graduate from Society University in Journalism with a diploma in law, as well. The leader had almost failed to graduate when students at The University threw beddings of suspected sliders including this leader’s out. The intervention of the University Dean enabled this leader to complete studies. The leader decided to enrol for a diploma in law later. ‘Change shared’ was begun with 5 others who felt many issues of sliders were not addressed by existing slider groups and for reasons of diversity.
They pooled together money and registered ‘change shared.’ After 3 years of working in an atmosphere of hostility they managed to have impact and had results to show: they had long range plans to address health care; they had counselling services in form of facebook pages; interactive websites and; run regular reach out services for sliders. They joined hands with various well-wishers to start income generating short business education courses. They had the only literacy and numeracy classes targeting sliders who had dropped out of school. They provided life planning skills’ seminars and planned to conduct boot camps. The leader was invited in:
“You say your Organisation is ‘change shared,’ and this, here, is your proposal?” asked a Community services’ liaison of Oversee.
“Yes, it is our Organisation and that is our proposal titled: empowering sliders to take effective responsibility of their lives,” the leader said confidently.
“Well, I see you have very good points indeed and the numbers you intend to reach out, as well as the value for money is impressive, but you have used the Libra style in writing your proposal yet we prefer the book style or atleast Biblio style. We made sure this is understood. Otherwise, that point alone has disqualified your group. Secondly, we know ‘See change’ Organisation as the only group in Society. We have never heard of ‘change shared’ Organisation try next time. Next please,” called the liaison.
“Wait a minute please. You say we used the ‘Libra style’ and you prefer ‘Book style’. But both are books. It is just that Libra is Latin for book! Secondly, if you read the attendance lists of the past three meetings your Oversee has held you will find many names of members from ‘Change shared’ Organisation. This is exactly what we are bringing to your notice. There has been a biasing tendency when it came to who was to attend meetings that Oversee convenes. In the end everyone invites a friend they know. The sample no doubt no doubt benefits insiders. On all three occasions we were invited by someone who works with ‘See change’ Organisation and being pleased with our organisation, tipped us about these meetings. This person has helped us at great peril. I am disappointed that it has come to this.” The leader’s next step was to seek the head of Oversee. In the next few days of persistence and fighting, the able leader secured funds for the group and the Oversee Executive promised to help the organisation access trainings like they were providing ‘See change’ Organisation.
“Numbers of sliders engaged in activism and social-community services increased. We see a change in attitude to work by many sliders now as opposed to previous years. The image of sliders before the majority of people has changed drastically. We are seeing many more Civil Society organisations, companies and institutions embracing sliders and involving them in their programmes. We thank members of ‘Change shared’ Organisation whose approach has continuously changed the way slider-targeting activism works in Society.” This was part of the award testimonial for ‘Change shared’ Organisation. 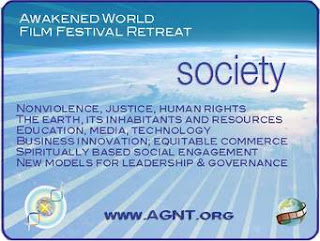