Kampala Tatler #1: The Worthy Activist Versus The Mere Crywolf

- May 01, 2019
An obnoxious cancer of impunity is eating at the LGBTIQQ Community of Uganda. There are those who have fueled a fire of greed, selfishness and rewards for exploitation. Activism has ceased to be the harmonizing force. None disavows abuses, violence, destruction, incompetencies, mismanagement of funds, hate and backstabbing that attend to activism. Activism has now brought in agendas that are way antagonistic to the issues of common self determination. Just count 10 LGBTIQQ leaders and ask them what their professional day job is, get the salary scale of the job, ask for a list of their assets and living style. Activism has brought in an exotic pre-occupation and a speculation in luxury. There is an ethically and socially dubious liberal adaptation that has failed to liberate LGBTIQQ and is only rationalized by the so called leaders who are embracing the benefits of funds and the power funds brings with it. Through this dubiousness and the muzzling of the other virtuous but victimized LGBTIQQ does one see the so called leaders thriving.

........I had too much consternation as to be baffled about what to do to the bed-ridden 25 year old Transgender in Kikoni who only needed $ 15.00 to get her ( she preferred to be addressed that way) supply of ARVs and food for one month guaranteed.

So, it was with this background believing in good sense and guided by the principle of decorum and benevolence that I went about panhandling among those well funded organizations purporting to fend for the so called Homosexuals in Uganda from now on HIU. It was yesterday when the three activists their names Leather Case My Ass, Fund Don Raiser and Honorary PhD from now on LCM, FDR and HP just came back from a Scandinavian Country where they received international Awards for the wonderful work they are doing in Uganda.

While there, they pleaded, begged and convinced funders to provide money for a Clinic to serve the so called Homosexuals in Uganda because in Uganda "there wasn't a medical doctor serving this group which was so desperately in need of such qualified health care worker." As empathy may have it, they came back to Uganda with heavy sacks of money, with no accountability strings attached after all they had branded themselves the Alpha, Beta and Omega, the poster figures, as far as the so called Homosexuals in Uganda are concerned.

We clearly had counter purposes as far as activism went. And for those of us who never rubbed shoulders with "funders" so much was unknown.

These three activists and those in their privileged circle were so secretive as far as money is concerned. All three combined have between them $ 2,200.00 they will spend by end of this weekend! On what? Well, a flashy weekend for starters, expensive wines and never ending beer parties.

My salary is $ 270.00 per month and fortunately I have three businesses in Kampala that collectively supply $ 500.00 per month  as well as a garden from where I get food. Personally, I don't like begging from these people having learnt an earlier lesson from them. But, driven by a motivation of collective responsibility toward those who were less fortunate, I had to approach them for support. Well, supposed support!

I was willing to use my hard earned cash to support the work I was doing as far as the HIV epidemic was concerned than beg from these people. But, I could only go so far. By the end of every month, I find myself not having so much as $ 50.00 saved on my account. And, this is the scenario ever since I started doing Community Health Outreach Services to cater for the so called Homosexual in Uganda.

We used to go for numerous workshops and I would save the "per diem" and "Transport refund" to be used to offset expenses I had singularly incurred.

I needed money for fuel, medications, food and other needs for the bedridden whom I frequently visited. At one time I had a list of 32 such persons I needed to visit. Medical confidentiality requires us not to "boast" about our going ons and that had a very profound effect on mobilizing funding. But within the leadership circles there was evidence of the extent HIV was ravaging the so called Homosexuals in Uganda.

When I still believed that the three activists had the needs of the so called Homosexuals in Uganda at heart it  gave me so much exhilaration in my mind. When I heard they had got international awards I was besides myself with joy! Here we are, we now had Fortune amidst us. This Transgender and many others will have Benefactors because not only are they representing the needs of the HIU but this is a collective Fortune calling on all to turn into responsible minions.

My going to meet them was a choice out of which hope will be restored. For these activists are Ocean deep wealthy so much so that the abysmal needs will be covered and tipped over with support, empowerment and capacity building so many times over.

The Habitation of LCM is an apartment in the environs where diplomats domicile. And so there I went but as soon as I got to the gate I was told I was not welcome.

I had earlier sent in my request via an Email:

"Dear LCM:
I greet you in the name of the Most High ( it being a way of greeting in Kampala, it having been a Colony of Great Britain).
I would kindly like to meet with you and discuss a community intervention plan as far as HIV and other sexually transmitted infections go among the HIU that you so vociferously fend for.

I am so happy we have those who carry the voices and broadcast them far and wide. As for me I chose to heal wounds, psycho-social support, mental health and quality life planning skills. I leave the legal matters to lawyers.

In Kiwatule, are 3 Transgender persons who are bedridden; in Ggaba there are 2 Gay men and 2 Lesbians (one is a 55 year old  former entertainer in Kampala Clubs and the other is 67 years) who need visiting and given companionship support; and in Mukono there is an upcoming 34-member strong self help group whose members need guidance and morale boosting as we continue building a support movement.

I took the liberty of monetizing this activity.
1. Transport $ 150.00
2. Nutrition Support $300.00
3. Organization development including registration, office set up and safe space rent $ 250.00
4. Housing rent support $200.00
Total: $1,100.00
This money will go a long way in supporting those who are living with HIV. They will not only be retained in care, they will have peace of mind for their rent will be paid and they will have food for three months. The self support group will be provided opportunities to formally register and this will link them to the Wealth Creation Programme in Mukono District. They told me they want to get into quick food catering business as far as income generation goes. A very good idea indeed if you asked me! Entrepreneur skill formation is vital for sustenance.

I hope to hear from you soon. 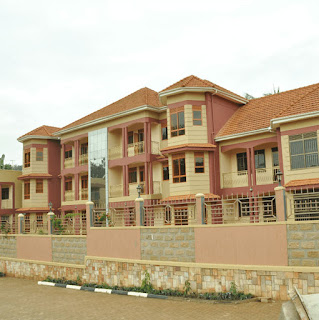