Gilead Sciences, maker of Truvada, the only drug approved to prevent infection with H.I.V., will donate enough of the drug to supply 200,000 patients annually for up to 11 years, federal health officials announced on Thursday.

Officials at the Department of Health and Human Services said the donation came about “as a result of discussions between the Trump administration and Gilead.”

The drug is taken once daily to prevent infection with H.I.V., a strategy called pre-exposure prophylaxis, or PrEP. An estimated one million Americans are at risk for infection and should be taking the pills, but only about 270,000 are doing so.

H.I.V. activists and experts had mixed reactions to the news. While some felt the donation was a good start, they said it filled only one-fifth of the need in the United States.

The high cost of Truvada has been called a major barrier to stemming the spread of H.I.V. among low-income Americans, critics say, and part of the reason the AIDS epidemic has persisted for so long.

A deep price cut for Truvada — and the Gilead drug slated to replace it, Descovy — would do far more to protect Americans at risk, they said. Truvada now costs about $20,000 a year in the United States.

Gilead appears to be following a pattern set in 2001 by other drug companies. While millions of Africans died of AIDS because their drugs cost as much as $20,000 a year, drug makers refused to cut their overall prices.

But the companies did offer to donate limited amounts of H.I.V. medications — all while pressuring the United States and European governments to make sure that generic drugs made in India were kept out of the market.

The tactic ultimately failed, and Indian companies now supply almost all of Africa’s H.I.V. drugs. In Africa, generic Truvada is sold for about $60 a year.

Gilead has sued several companies that tried to introduce generic versions in the United States. The company settled each suit, but kept the details secret. Its rivals stayed out of the market, which led to harsh criticism of the company.

A less expensive generic version of Truvada is expected next year. Gilead will donate Truvada until Descovy is approved for H.I.V. prevention, then switch patients to the new drug.
Descovy contains a new version of tenofovir, the active ingredient in Truvada. Once approved, Descovy will be under patent protection for many years. Gilead has said it will also cost $20,000.

President Trump announced an ambitious plan to end the H.I.V. epidemic during his State of the Union address in February. Wider access to PrEP is a linchpin of that effort.

Alex M. Azar II, the secretary of health and human services, who made the announcement with Gilead late Thursday, said the agreement would last through 2025, possibly through 2030.

“Securing this commitment is a major step in the Trump administration’s efforts to use the prevention and treatment tools we have to end the H.I.V. epidemic in America by 2030,” he said.

Dr. Rochelle P. Walensky, who led a team at Massachusetts General Hospital who analyzed the costs of the Obama administration’s AIDS plan and has looked at the cost of the Trump plan, said the Gilead deal was “a noble effort — but it covers less than 20 percent of the people who need it.”

“Let’s call a spade a spade,” she said. “The real cost of Truvada is about $60 a year. If you really wanted to cover everybody, you’d cut the price to everyone.”

“If I put on my cynical hat, I think this is the way they make sure they grow the market for Descovy,” she added. “It will promote the idea that Descovy is better — and I’m not sure that’s a dialogue we want to present.”

Although Truvada is considered a very safe drug, it can cause kidney problems and loss of bone density in some patients. Descovy appears to cause fewer of those effects, but it raises cholesterol levels more than Truvada does.

Peter Staley, one of the founders of PrEP4All, a group that has been pushing for wider access to Truvada, called the arrangement “promising but depressing.”

Given how little it costs to make Truvada, he said, the donation will cost Gilead less than $10 million a year.

The Justice Department is investigating whether Gilead failed to pay the Centers for Disease Control and Prevention royalties for the work it did developing Truvada as an H.I.V. preventive.

Gilead makes over $3 billion a year worldwide on Truvada, so back royalties to the federal government could cost up to $1 billion, Mr. Staley estimated.

“Neither Azar’s announcement nor Gilead says whether this is part of some settlement of that Justice Department investigation,” Mr. Staley said.

“Also, this won’t cut into Gilead’s sales at all, and it’s a very cheap marketing program for Descovy,” he added.

Descovy should cost far less than Truvada to produce, said Mitchell Warren, the executive director of AVAC, an AIDS prevention organization. TAF, the active ingredient in Descovy, is more powerful than TDF, the one in Truvada, so less is needed.

“This shows you the inherent shell game in pharmaceutical pricing,” Mr. Warren said. “We urgently need a lower price, and it’s disappointing that even this has taken so long.” 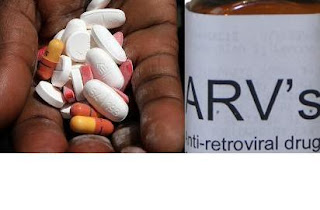