Showing posts from May, 2019
Show All

Homophobia In The Ugandan Parliament Reaches New Extremes: A Commentary 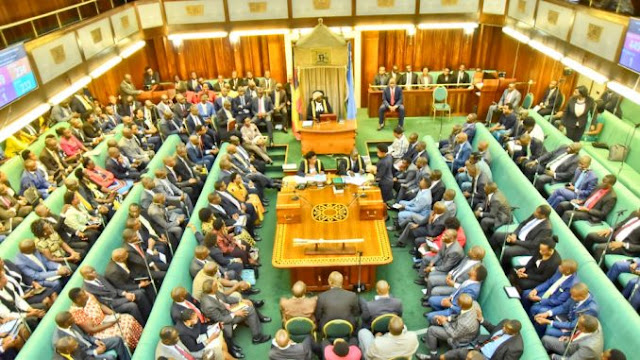 Dear Editor ECHR Sexual Orientation Blog: I am reacting to yours: " On Homophobia In The Ugandan Parliament Reaches New Extremes." I tried writing back via your comments section but since I am not a member, was not able to send it. This is a timely report and it is no doubt a point of reference for many interested in social-cultural human rights. You made very credible analysis and I specifically agreed with you  when you argued that: "There is now no opposition to the outpourings of extreme homophobia that are a standard and consistent aspect of parliamentary debate in Uganda. No Member of Parliament since September 2014 has publically spoken against any homophobic argument or claim made in plenary debates.  The apparent solidarity among parliamentarians regarding homosexuality strongly suggests that, at some point in the future, an attempt will be made to re-enact the Anti-Homosexuality Act. There may also be an attempt to include provisions that
Post a Comment
Read more

Q And A Forum: Sex And Gender Conversion? Dangerous,Traumatizing And Heinous 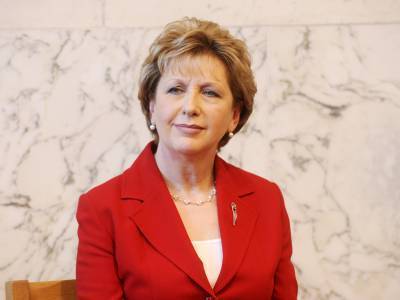 There are some who see LGBTIQ+ as sexually or gender "broken." A dysfunctional phenomena!  To them, to act Straight or heterosexual is the only right way.  There are some who go further to use their religions as corrective sanctuaries. They pass edicts and pronouncements condemning the LGBTIQ+. And when they agree with them, they prescribe celibacy as the only way of life they condemn them to. But, this is assuming so much along sexual activity as the only obsession LGBTIQ+ live by. When LGBTIQ+ are reduced to sexual nymphomaniacs, there is so much missed about their contribution to humanity. There are more forms of expression by LGBTIQ+ other than sexual activity. Some just want to share the same work-space, housing community, education facilities, engage in community activities geared at developing societies. There are some who prescribe Sex or Gender Conversion which ranges from subjecting one to torture, ridicule, lynching, battery, touching or fondling
Post a Comment
Read more

Q And A Forum: To Have No Visible Erection While Your Partner Has Is Normal-Arousal Discordancy 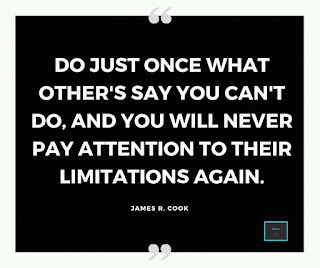 Yes, there is such a thing as two partners not having same amorous expression and that should not bother you. Some are earlier bloomers and others late bloomers. A client asked why some "Bottoms" remain flaccid or have mild erection when in the act of making love yet their "Tops" are fully erect? This bothered the client. Gender/Identity/Sexuality Expansive Spectrum-GES 101! It means so much, including gender/identity/sexuality fluidity which means your partner may not be in congruence with your peak of expression but it doesn't mean absence of desire.  You could be rushing things by the way! It is not a must that two partners must have the same identical feelings when aroused. A male can be a late erectiler and still remain male. Or a female may simply not be aroused as fast as you are. It does not mean she is less female! Do not take it personal. It is a biological clock working. Call it arousal time zones. Very different bu
Post a Comment
Read more

Q And A Forum: Will "Shit-hole" Countries Prove Donald Trump Right Through PEPFAR? 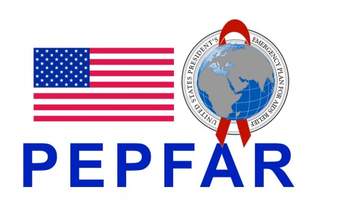 So, he called you "shithole countries," right? But, he has given you PEPFAR funds targeting your own people living with HIV. Guess what is happening? The grant managers have lined up brothers, sisters, cousins, friends and in-laws and formed organizations such as: "Bakyaala byekoza bitya" Group, "One by One makes a Bundle" Group, "Teleera Nkukube" Group and 10 others which they have defined as KP-led but which we can call "Unknown Fake Organizations!" UFO's. These UFOs are flying high and mighty! The funny part is that even among those that are eligible and genuine KP-led are some partly Fake Organizations (PFO). There is this "KP" organization with the same person having all three roles: Executive Director, treasurer and sole member of the organization. But, this person is known to be an elephant in the room. Blocks out all light, is incapable of logical diction as far as what it means to engage in HIV-Preventio
Post a Comment
Read more 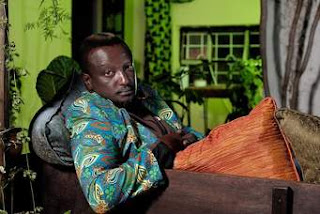 A Baobab tree under which we shall sit, chewing into the roast maize, sipping from the gourd, whose contents are an apothecary of the Divine, the elephants urine mixed with the Buffalo’s dung, goat's milk and the warm blood from a nursing cow, the valleys we have crossed and more yet to be, ' everyone dressed in an attire of dignity,' a court judge obsessed with legislating physiology, a police officer enforcing uniformity, a Bible-quoting Christian the epitome of integrity, prescribing bleach for HIV cures, impregnating the house-maid, has an out-of wedlock child, yet to pay child-support, vehemently preaches the un-Africanness of homosexuality, a Seville-Row attired, Oxford graduate African politician, dormed in palaces with perimeter walls, guarded 24/7 and 365 days, presides over the skimming of a country's minerals, the citizenry bedraggled starving masses, whom when they raise a voice of protest, are mauled by tanks and guns,
Post a Comment
Read more

Strategic HIV/Public Health And Strategic Human Rights Defenders’ Activism: Who is Best Suited To Fight Against HIV ? My Ugandan Experience 1999-2019 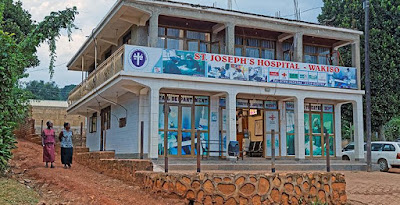 Why I am Involved: The year is 1999. It was a cold night around 2:00 am, the fisher-folk of Kkome Island in Lake Victoria are preparing their nets and the kerosene lamps are hissing ferociously. They have to do this unfurling of nets, placing bait, buoys and all the while labelling them before they cast off. We were a team of health workers from the MoH residing in a large log shelter a distance away and had come to conduct a planned HIV Prevention and Care activity. I had been here earlier and as the harbinger had mobilized 521 members and prepared them through health education drives. By the time the larger MoH team came, the islanders were willing to participate and within another week we were winding up our work here.   When the team had left, I stayed longer to ensure that the three males I had identified for follow up took their medication to completion. I used all forms of placating borrowed from the book of reassurance. They were diagnosed with anal gonorrhea and
Post a Comment
Read more 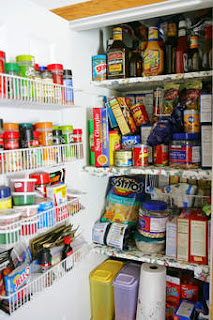 Dear Evelina, Roxana And Tuxedo: Your letter was well received and hopefully you find more enthusiasm in sharing the volumes widely. It is motivating to see you read them as a team. The main reason for coming up with K ampala T atler was to provide a literal drop-in space to contemplate the nature of life and the universal needs that if left unmet or neglected are a blow to all achievements. This is a space making it possible to craft narratives describing experiences of life in Kampala. The thrust of  K ampala T atler is buoyed on experience arising between 1999-2019 in which is a movement following the desire for self determination by those who felt they needed to claim "we are here, we exist and do not shut us out!" Unfortunately, among those who made the claim, some gained fame but then shut out others! Activism was supposed to address the needs of those long neglected by the sweep of citizenship. However, it has bequeathed an unfortunate and undeserved sense
Post a Comment
Read more

Kampala Tatler # 29: Letter To The Editor 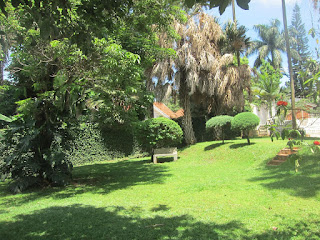 Dear Editor of Kampala Tatler, Dr. Don Amiconscious: We have read the previous  28 Kampala Tatler volumes and find them enlightening, they reveal points about life, instructive and narratives capturing life as it is lived in the world you chose to depict.  You touch on a number of themes but we noted the ubiquitous philosophy of liberation and social-cultural guidance underlying all of them. If someone met you on the streets of Kampala and asked for take home points summarizing all these Kampala Tatler volumes, what could those be? Evelina, Roxana & Tuxedo Muyenga Tank Hill Google: Muyenga, For Illustrative Purposes
Post a Comment
Read more 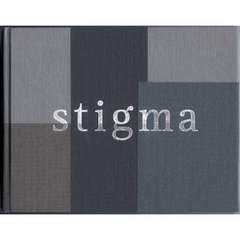 Stigma-Free health services and HIV Viral suppression are connected. There are people who are working in the HIV Service World and it is important to unpack poly-syllable words. This service is achieved through this article and we are in support for the creation of Prevention-Informed Peers (PIPs).  This time we bring you: "Stigma-Free Health Services" What is that?  How can the LGBTIQQ and Sex -Workers make it an actionable theme to address, turn around and design Bias-Free Unconditional Positive Regard Spaces (BFUPRS)? By the end of this short article you will have become a  Trauma-Informed-Care  aficionado! Case:  "On a hot Thursday afternoon, I went to a Health Facility in the Suburbs of Kampala with a team of four friends. We were part of the ARV Chaperone Support (ACS) for two of our friends. 'How is it possible that boys have sex with boys?' The Clinical Officer mad
Post a Comment
Read more 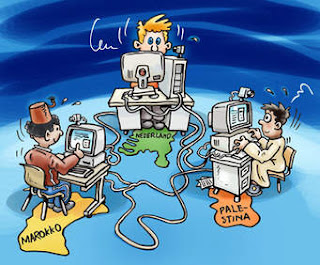 There are  those things we take for granted but are so important in our day-to-day activities.   The first victim is the capacity of individuals to act independently on their thoughts, to make their own free choices and execute the actions. The second victim is the use of our reasoning to create spaces in which we survive, thrive and subsist. The third victim is how we act on our relationships with others. The fourth victim is how we craft the language we want to use to represent ourselves. The fifth victim is the art of exchanging commodities which enhance surviving, thriving and subsisting. The sixth victim is how the body is used in the marketplace where supply and demand of   commodities which enhance surviving, thriving and subsisting takes place. The seventh victim is how we realize that in a diverse community we have to continually negotiate for the inclusion of many more some like us and others not like us. A diversity and inclusion expert sa
Post a Comment
Read more
More posts