Q And A Forum: What is this? I always feel sooo.. tired!


Most of the times, that friend or a person in your network, tends to say things but fails to make a point. This person does it constantly that many of you wrote this person off. Perhaps, you shut your ears, in a sense, when this person starts to say something. This person may be suffering from fatigue and when it is persistent it is called chronic fatigue syndrome (CFS).

Experts on CFS, say that “often, people suffering from this condition have difficulty forming coherent thoughts and expressing them in a clear and cohesive manner. They may feel as if their short-term memory is extremely limited and that thoughts dissolve in their head. At times, it may be difficult to talk and understand speech. Some people have also reported difficulty understanding numbers, reading a book, forgetting where you put your keys, fail to eat, fail to keep appointments, fail to sleep, feel pain on waking up, muscle joints and pain, vertigo, nausea, PEM stands for post-exertional malaise (a generalized state of weakness), sensitivity to light or sound or smells, gastrointestinal problems, weak immunity making it easier to get colds, paraesthesia, always be irritable/moody and  an overpowering urge to lie down (orthostatic intolerance).”

All experts agree that CFS may be a cause of other debilitating physical diseases.

Stanford experts prescribe carers to go out of their way to wear their compassionate hats and provide companionship to those who experience CFS-like complaints.

They say that if this goes on for six months or beyond, the patient should seek specialist care.

“Chronic fatigue syndrome, also known as myalgic encephalomyelitis, is a complicated illness characterized by at least six months of extreme fatigue that is not relieved by rest, and a group of additional symptoms that also are constant for at least six months,” according to Harvard experts.

Seek medical advice when you more often than not, do feel soooo...tired! 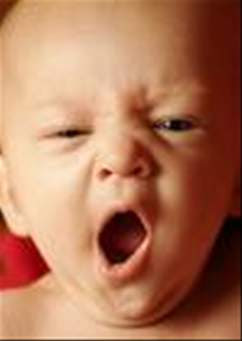