- July 16, 2018
Since 2014 we operated an online support platform and we encourage beneficiaries to reach out to us via Onlinetraumasupport/. All our articles are prompted from the questions asked during the sessions we have with our beneficiaries.

We receive questions about different issues in life. We deal with beneficiaries who come to us with many needs. A question on why heath workers ask for various samples from a person has been posed many times. Health workers may ask for urine, hair or blood to verify levels of medication in one's body to ascertain adherence. We hope you get more information in this article by Stephen Hicks titled "Blood, Hair, or Urine? Weighing PrEP Adherence Options Beyond Self-Report." Enjoy!

Public awareness campaigns for pre-exposure prophylaxis (PrEP) have been on the upswing; the first television ad for the drug has recently appeared. But whether people who are HIV negative will take a daily pill when they're not sick has been widely debated. Furthermore, whether a lack of adherence will create increased levels of emtricitabine/tenofovir disoproxil fumarate (Truvada)-resistant strains of HIV remains a major concern cited by PrEP skeptics when discussing potential harms (claims so far unproven). Nevertheless, understanding whether a person with a PrEP prescription is actually using the medication is something a provider may want to know. Currently, a few measures determine adherence to PrEP: self-report, hair, dried blood spot, and urine analysis. As of now, no one guideline or definitive standard is being used.
Clinicians and researchers presented their recent findings at the 13th Annual Adherence Conference last month in Miami. Two sessions highlighted innovative ways to measure PrEP adherence.
K. Rivet Amico, Ph.D., associate professor of public health with the University of Michigan, discussed what to examine when adherence metrics are used. "I do think costs and burden to the participant/person providing the sample and to the teams [or] clinics running them are the main considerations when selecting what to do," Amico said.
"Many providers simply ask their patients on PrEP whether they're taking the medication as prescribed. Self-report is considered a subjective measure as it relies on the patient for disclosure of intake, as well as the sharing of potential risk factors. Meanwhile, hair, dried blood spot, and urine analysis are methods that can also be used by a provider to determine PrEP adherence," continued Amico.

A dried blood spot (DBS) comes from collecting several drops of blood on special filter paper. The blood often comes from puncturing the middle finger with a lancet. Jose R. Castillo-Mancilla, M.D., of the University of Colorado presented his findings and agreed with Amico that the DBS test can be effective at looking for drug levels in red blood cells. Moreover, it is a strong marker of adherence over time, which makes it predictive of PrEP efficacy to prevent HIV.

"There are opportunities that can be developed to overcome and to move forward in the field," Castillo-Mancilla said. "We need to identify methods to take this to the clinic to be used as point-of-care."

In addition to DBS, an assay exists to test for PrEP adherence using hair samples. Hair analysis, presented by Monica Gandhi, M.D., of the University of California, San Francisco, has its share of benefits. The hair sample test differs from DBS. DBS measure the level of drug in the blood at the time the sample is taken. In other words, a client who wanted to impress his or her provider could take PrEP for a few days before a visit, even if he or she were not taking it regularly.

In contrast, the hair sample test measures adherence over an extended period of exposure, so it's possible to determine whether a patient on PrEP has actually been using the drug over time, because the concentration is evident at different intervals on the hair follicle. In addition, it's easy and cheap to collect; requires no special skills, such as phlebotomy; and can be stored at room temperature. This makes hair collection and analysis well suited for resource-limited settings.

Urine analysis -- presented by Helen Koenig, M.D., M.P.H., an associate professor at the University of Pennsylvania school of medicine -- also has its advantages. Urine collection and testing is relatively cheap compared with hair and DBS testing. Also, because clinical guidelines for PrEP require routine HIV and sexually transmitted infection screenings, urine is routinely (and easily) collected. Also, urine is stable for up to 14 days at room temperature and with standard refrigeration. According to Koenig, many of her PrEP patients liked the urine test, as it gave them assurance that the drug was actually working if the concentration of the drug in their sample could be "seen."

"Using an objective adherence tool -- specifically urine in this case -- does two things, Koenig said. "One, it is very highly acceptable by our patients. They really do enjoy getting their feedback, but also, just as importantly or maybe more importantly, it does prove adherence and retention over time. Even at 48 weeks through treatment, both retention and adherence in our PrEP program remained quite high."

Weighing the Benefits and Drawbacks of Each Test

Each of these adherence measures should be weighed against each other to determine which to use. The setting and resources available are important to examine.

For DBS, plasma drug concentrations represent a small window of drug exposure (up to one week prior to sample collection) and could be susceptible to intra-individual variability and "white coat effects," whereby participants take PrEP doses just prior to a clinic visit without using PrEP consistently. Also, the DBS test can be expensive and doesn't exist in most places. Measuring drug exposure can be costly and difficult to collect, store, and analyze. It requires a blood draw and a phlebotomist, and drug levels that determine what's enough concentration to be protective need to be standardized.

Hair samples also have drawbacks. Amico noted that hair has great detail to offer but may not be an option for many people. For hair analysis, the main drawback is the variable acceptability of hair collection in a number of studies around the world since hair is not considered a "routine" metric (like blood) in research studies.

In using urine assay, the current methods to analyze drug levels require machines to process (liquid chromatography/tandem mass spec) and specialized personnel. Urine lends itself best to a point-of-care assay for PrEP using an antibody-based assay (immunoassay), but such an assay has not yet been developed. Also, TDF/FTC has a much shorter half-life in urine versus blood or hair. This is good to test relatively recent use of PrEP but doesn't give the long-term use picture that hair can give.

While none of the biomedical tests for adherence is perfect, each method can be bridged with self-reporting.
Several factors are needed to ensure the most accurate self-reporting, or what Amico calls "the most basic" considerations: comprehension, literacy, cultural understanding of what is being asked, and ability to make meaning of answer options.

Speaking from a patient's perspective, Amico said self-reporting's consequences can be seen as negative or positive. "If I [as a patient] expect a positive response to reporting one way, I feel more pressure to report that way no matter what reality is," she said. "If I expect a negative response to my answer, I am inclined to weigh that into my answer choice. "Trying to minimize either is usually the recommendation here. Pros and cons of self-reporting adherence and non-adherence vary by site, clinic staff, and study."

Stephen Hicks is a writer and public health advocate with a background in sexual health and harm reduction. He is based in Washington, D.C. 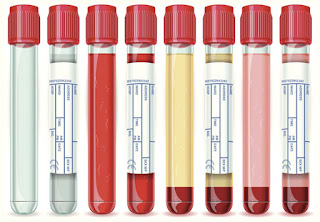