Showing posts from March, 2018
Show All 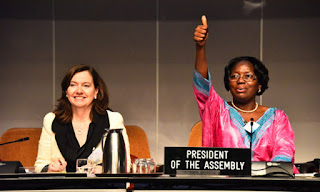 Dear Rt. Hon. Rebecca Kadaga respectfully, My name is Tom Mukasa, I am a Ugandan-American Human Rights Activist, a global Health specialist and Political Scientist. I followed you during the recent 138th IPU Assembly in Switzerland. I want to add my voice on why homosexuality should be on any agenda looking for solutions to address forced migration and displacement of peoples. Also, there are 5 issues I agree and 5 on which I disagree with you. I want this to go on record, there is no bad blood between you and I. We are subjects of a 21st Century democratic dispensation and it allows many of us to participate in aspects of self determination that perhaps other eons did not allow some sections of populations. That African sovereigns which were not so long ago carved out as kitchen gardens by colonialist capitalists can send delegates to say, the Inter-Parliamentary Union Assembly is just one of the examples. That, our leaders should provide opportunities for rule of
Post a Comment
Read more 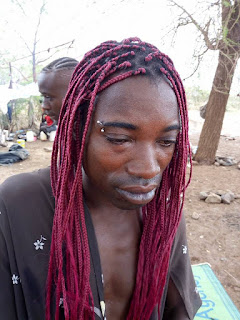 The UDHR is a standard document, which is guiding nations on how to treat all humans with dignity. There are historical and social causes that led to the drafting of that erstwhile document. The bottom line was to institute structures through which human dignity should be promoted. Let us veer toward the Transgender refugee plight in a kenyan camp.  Transgender Persons are like any other population groups and deserve to be extended all the dignity one can muster. They are humans and if abused, it is an abuse to the entire humanity. It is this premise that prompted me to write this article. I know almost all of the Transgender persons I am writing about in this article. I mobilized them while they were in Nairobi and trained them to form a support organization. This was also a collective voice through which their needs were channeled.  They came up with a Facebook account: TOM Facebook Account  and a blog site which has different articles showcasing their experiences:  Transg
Post a Comment
Read more 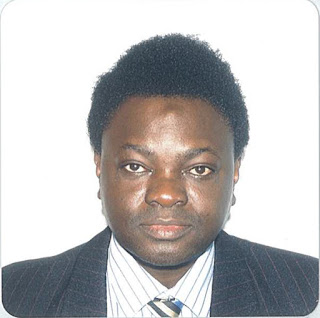 Tom Rogers Muyunga-Mukasa is a Global health Practitioner, Social Justice Change Agent and an HIV Care health worker all in one. With friends, he helped found the  HIV Safari , a blog dedicated to bringing to you HIV stories from around the world. He is also the co-owner of  AIDS Blog Uganda , where with colleagues they brings to light the stigma, discrimination and issues related to HIV in Ugandan homes or communities. Tom has had many brushes with Ugandan police, security operatives and  has been harassed by various community members for defending the right to life and dignity of LGBTIQQ, Sex-workers and People Living With HIV. Tom has never given up standing on the side of the marginalized. He has in the process seen the good results of sharing a common good but he has also suffered the hard hitting blows of backlash. For over twenty years, Tom has been pivotal in creating interventions touching on nuanced needs of Persons Living With HIV most especially those who wer
Post a Comment
Read more

Lynching Same Sex Loving Persons in Uganda Is Against The Law. CSOs call an end to it 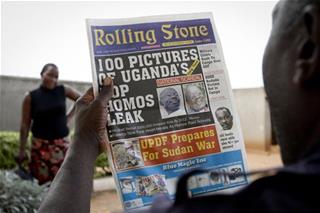 Ten Things come to mind when same-sex loving persons are the center of conversations, tabloids, gossip columns and victims of lynching. The headlines will give an impression that the people talked or written about are from some other planet and need to be dismissed. When their names are mentioned it is done in such a way that they are shamed and denigrated. This follows from above. Same sex love expressing persons are reduced to sexual intercourse called “homosexuality” which is oxymoronic hence the condescending talk or tendency to be written about as criminals who don't  need to be handled with the deserving dignity of human beings. This follows from number two above. Arbitrary arrests without due diligence is the norm for those suspected or caught in the act of same sex sexual acts. These are termed sodomy acts, some kind of license to abuse alleged acts go on with impunity before one is brought to face a judge. The legal regime calls for dignity, due diligence a
Post a Comment
Read more 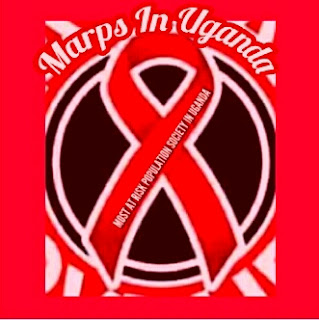 An organization serving LGBTIQQ seeks to provide life promoting tips but three issues stand in the way as barriers. One of them is tagged funding which only caters to paying salaries of CEO and about 12 permanent staffs including ensuring they have a trip or two outside Uganda. Most if not all executive staff are not qualified in identifying, addressing and following through to resolution health needs faced by LGBTIQQ. This means the fortitude to lobby for funds to address mental health needs is almost non-existent. How many organizations can present a plan promoting optimal ART adherence for those LGBTIQQ living with HIV? The second is the tendency of promoting and billing homogenized glamour interventions (HGI's) as the sole evaluated measurable indicators of effective services targeting LGBTIQQ. These assume that participants or beneficiaries either need say, HIV testing and later refreshments. This blanket approach pushes traumatic issues faced by LGBTIQQ further off the
Post a Comment
Read more 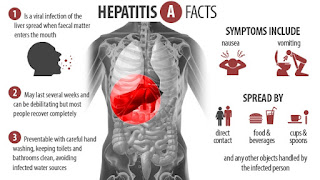 Sex With Hepatitis: What You Need to Know Hepatitis is transmitted via skin-to-skin contact, which means all the things we love to do — licking, rubbing, kissing, and having sex (with or without condoms). HPV should not become the new scarlet letter. There is no reason to feel dirty, shameful, or demeaned in any way for being diagnosed with the human papillomavirus. If you’re a man who has sex with men, it shouldn’t restrict you from being a top — or make you any less entitled to be a bottom. HPV is relatively commonplace among gay and bisexual men, as well as transgender and cisgender women. And its very existence, unfortunately, does lead to medical, emotional, and sexual ramifications. Researchers estimate the prevalence of HPV in men who have sex with men ranges from 60 percent to nearly 90 percent (the latter among those who are also HIV-positive). HPV is the most prevalent sexually transmitted infection in the U.S., with up to 14 million people diagnosed every year.
Post a Comment
Read more

Ministry Of Health Twitter Account Motivates Many to Seek and Complete Hepatitis B Immunization Schedule; Step in the right direction

HIV infections in most African countries are not reducing as it is seen around the world. For the rest of the work infection rates have been reduced around since the late 1990s by effective efforts aimed at providing information, education, communication, the rollout of antiretroviral drugs, dealing with co-infections such as Hepatitis and providing information on services.  Today, the HIV infection numbers are far from targets set by the United Nations, which call for them to fall to about a quarter of their current level by 2020. For instance, the youths, teenage girls and young women in parts of sub-Saharan Africa, a growing and vulnerable population, continue to be infected at very high rates. At the same time, the rapid expansion of the continent’s youth population means greater numbers of young people are at risk every year. Infections could start rising again.  A reversal would erase progress against one of the most significant infectious disease epidemics of modern ti
Post a Comment
Read more
More posts