It is important to note that living within a smaller community or a larger society comes with duties (collective roles towards one another most especially depending on position one enjoys) and obligations (that which one provides or contributes to self or others).

Among the LGBTIQQ organizations, talent or ability or functionality or employability or productivity is not enthusiastically nurtured by those in leadership positions perhaps for reasons best kept to themselves. Some of these reasons are revealed anecdotally and they spring from fear of competition or rooted in insecurities.

There is a prophet complex, where structures revolve around one, two, three heroines or heroes which for interest of class division ( using post structural marxist analysis) I am calling this level the historicals. The structures are also fuel for consolidation which may be a positive force. Positive, if it allows delegation of duties or it has inbuilt training opportunities for newer crop of leaders (these newer crop of leaders are called doticals or doticomers following the dot.com age but this is used in a literal sense and not intended to mean that a digital divide necessarily exists); separates function (has an operational constitution and other forms of organization documents); it is not the bread basket but bread is gathered elsewhere; and it implements or enforces entrenched term limits. Historicals must struggle to look for resources to build institutional leadership. Other core struggles revolve around acknowledgment of the effort everyone brings to the communities. Historicals are necessary because they are initiators and some are early adapters of initiatives improving standard of living among the LGBTIQQ. But, they should also acknowledge that there are those who are late adapters with the ability to carry on the mission into the future.

Historicals must hand over to doticals who in turn must hand over when they have become historicals because with time doticals reach that tipping point too. There must be a culture of recognition and senior grooming where those who are retired are allowed to get into consultancy work. The custodial duty of historicals is neglected and this is choking the movements or civil society because too much energy is not focused on comprehensive recurrence (formation, problem-solving, advocacy, activism, industrialization, trainings and resource mobilization are many of the areas where effort can be placed). There are three hallmarks of institutional building. These are are: power formation, sharing and transfer. This is what entrenches harmony in organizations.

Historicals who go on into perpetuity derail the very missions to which they started the organization because what happens is they turn the organization resources or funding to address personal issues and not collective needs. There tends to be a fusion and the celebrated separation of roles is missed. This starts the bushfire of hedonism: Jet-set activism, conferences, collecting ipads, laptops, cellular phones and trinkets not to mention per diems or bias for some to be chosen to attend a conference X, Y, Z and building trailers of sycophants. This is dangerous for it coerces and relegates the goals and missions such as actual treatment that goes to those who need the care in case of LGBTIQQ organizations founded to address health-related needs or addressing housing problems of those who may be evicted from homes because of whom or what they choose to identify with.

Hedonism and hedonistic tendencies lead to an assumption-making, stereotyping and a dismissiveness of other players if it involves power and funding inequalities or imbalances. Most organizations run on short term budgets and the ability to solicit rolling funding is taken to mean popularity. This kind of popularity may not necessarily mean the organization in question is actually implementing activities addressing the needs of beneficiaries. We have seen a few organizations receiving accolades and awards purportedly on behalf of collectives. But, in actual fact these organizations posturing as representing a wider community are only run by a pocketful of colleagues. Popularity of an organization in question may be because it has a grand office space with air-conditioning, hefty salaries for executive members, health insurance and human rights defender passes allowing the executives to run to embassies of refuge when their governments crackdown on homosexuality. It is this entitlement or privilege complex that blindly draws many of the beneficiaries toward some historicals without questioning their modes of operation.  This one measure is used wrongly to push out the critics or those who are very well trained in other fields and who may actually have the skills to implement activities around health, food, housing or even employment trainings targeting a wider collective of beneficiaries.

Why should LGBTIQQ leaders of any kind be sensitive to the needs of others? Because, they risk losing followers. Humans self-recognize and it is this knowledge of existence or presence (cognizance) that motivates self preservation, self determination and meaning of autonomy. This explains why splinter groups arise. It is the genesis of safe spaces. So, whoever dismisses other people is underestimating the power of self recognition or esteem and how these are motivators for dignity.  People reward themselves if they feel no one is recognizing their efforts. This may lead to creation of more safe spaces. This is one reason why LGBTIQQ movement building is seeing a mushrooming of grassroots which address achievable needs as opposed to those removed from reality. The undoing of harmony may arise because of duty and obligation to others and to ourselves are not fulfilled.

But, if LGBTIQQ have common group needs such as debunking abusive policies and perceptions, why do they then not work toward this? One answer to this is that skills differ and these will influence the strategies to use. In turn, different power centres or how power is distributed affect focus. This is the belly of the beast. Recognizing that we are different and that there can be many safe spaces is healthy. Not recognizing this is unhealthy. Bringing them to work with each other as entities should be the task of the leader who is far sighted. Suppressing the work of other organization however new they may be is suppressing freedom of expression. LGBTIQQ leaders who do this are negating the very principles of why they are advocating for LGBTIQQ recognition!

Power centres thrive due to funds, history of establishment, interactive potential, labour and personalities. These four contribute to whatever is happening as far as organizations or movements go. This is how exclusions or inclusions are nurtured. This is how coercion, class or conscription are fueled.

For the LGBTIQQ, one of the reasons why there are more exclusionary tendencies is because they tend to do the same things and therefore compete for same funding source. If only they can embrace the comprehensiveness of possibilities. Safe spaces, can become spaces of possibilities. How?

The LGBTIQQ can come together to effectively address their needs ranging from HIV work, social events such as meeting in associations or industrial companies which may expand on opportunities of critical viable associations. Presently, sexual networks seem to be the existing enduring social structures. Yet,  there is a wider civil rights-based or public interest activities.

Narrow sexual networks are a potential for cooperation if energy and motivation are directed to wider issues. These same networks are destructive if grudges and jealousy ( God forbid, if it is mostly due to past acrimonious sexual encounters or break ups) are relied upon to make decisions that impact the running of organizations. This is one negative that arises when LGBTIQQ historical leadership exists in perpetuity and do not hand over to doticals. 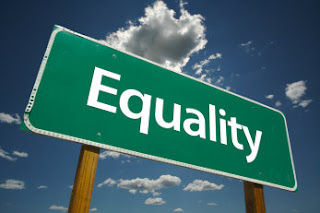 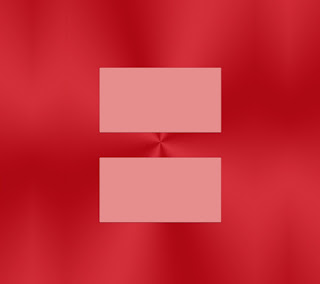