Ensure you take your PrEP or ART as prescribed

- December 23, 2017
Relationship Between Utility and Adherence

MARPs in Uganda a local NGO, embarked on synthesizing reports from all its activities and uses standard knowledge development methods. Under the program “structural barriers to ART adherence in the Global South,” one of the the themes understanding there being an unbreakable link between language, power relations and materiality of daily life. Factors such as political stability, armed forces or insurgences around the globe can be linked to resource allocations, vulnerability and disease burden, e.g., HIV burden. This presents a crucial key metric of global inequalities or resources and power. The amount of money compensated to workers in turn create different opportunities to access medications. According to UNAIDS, governments can invest in improving health. Where a robust health system is not in place like the global south, governments have negotiated generic brands of medications which have enabled many people who need ARVs to access them at cheaper rates. Currently, 36.7 million persons are living with HIV, and annual deaths from HIV are still upward of 1 million persons per year . Scholars, have demonstrated that there are many causal events which lead to a given outcome or outcomes. They also advise that in holding all other factors constant one can isolate cause and effect. In the case of HIV, optimal ARV adherence is an outcome which enhances survival and quality of life. Economic scholars argue that cost and benefit to a choice which if taken together constitute utility also known as happiness or satisfaction. Early detection of HIV and the timely initiation of antiretroviral therapy (ART) are benefits whose cost is deciding to submit to testing and allow to go ahead with consequences of the test. Scholars show that even with utility figured out, we still see continuing global morbidity and mortality partly due to inability of health care systems to scale up prevention targets. One way to address this is to frame HIV prevention to mirror the needs of beneficiaries and the  prevailing political-social ecology contexts. 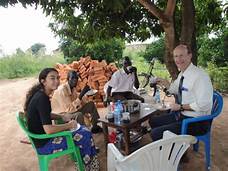