U.S. simulation explores the intersection of PrEP and some sexually transmitted infections

- October 05, 2017
The use of medicines to prevent a person from becoming infected with HIV is called pre-exposure prophylaxis (PrEP). PrEP consists of two anti-HIV drugs—tenofovir DF and FTC—in one pill.

In clinical trials with gay, bisexual and other men who have sex with men (MSM), PrEP has been highly effective in preventing the spread of HIV.

According to a team of U.S. researchers who analysed data from several clinical trials, the consistent use of PrEP can reduce the risk of HIV infection “by more than 95%” in MSM.

To gain a better understanding of the long-term effects of STI risk among PrEP users, researchers in the U.S. have developed a sophisticated computer simulation. This can model changes in sexual behaviour, PrEP adherence, STI screening and treatment, and the impact of all of these factors.

A major focus and outcome of the simulation was that over the long-term, as more MSM at risk for HIV used PrEP and were brought into regular medical care and screening for STIs, new cases of infection with gonorrhea or Chlamydia fell. We explore this and other findings from the simulation later in this CATIE News bulletin.

The research team developed a powerful simulation that could model the spread of STIs over what they described as “complex sexual networks.” The researchers informed the simulation with data from previous studies about the sexual behaviour of MSM and many other factors.

The simulation followed PrEP guidelines from the U.S. Centers for Disease Control and Prevention (CDC) about which HIV-negative MSM should be offered PrEP:
As the simulation was sophisticated, there were many other factors taken into account by the researchers. The main outcome from the simulation on which they focused was  rates of gonorrhea and Chlamydia.

In general, the researchers found that as more men who were eligible for PrEP used it, rates of new gonorrhea and Chlamydia fell.
When the simulation was extended 10 years into the future and assumed that 40% of MSM who took PrEP did not use condoms, the researchers found that 42% fewer cases of gonorrhea and 40% fewer cases of Chlamydia occurred.

Why would rates of STIs decrease in the simulation?

The researchers assumed that PrEP would have “no biological effect” on the risk of acquiring gonorrhea or Chlamydia. This is a reasonable assumption, as experiments in the lab have shown that tenofovir does not impair the health of these germs (FTC is also unlikely to do so). They therefore concluded that it was likely that the preventive effect on STIs seen with the simulations was due “only to the increased STI screening and treatment associated with ongoing PrEP use.”

When researchers altered the simulation so that STI screening was performed every three months (instead of every six months, as recommended in the guidelines), the proportion of infections detected and treated increased over the short term but then decreased dramatically over the long term—by an additional 50%. According to the researchers, the reason for this decrease is that more frequent screening was very likely to identify symptom-free STIs, which would then be treated. With more frequent screening, patients who return to their sexual networks would not spread STIs. As more PrEP users were screened and treated for STIs, the proportion of men in their sexual network with an STI would decrease over the long term and therefore there would be a reduced overall risk of getting an STI.

In another simulation where only 50% of PrEP users received screening (and treatment when necessary) for STIs, rates of future STIs rose among sexually active MSM.

The study had several weaknesses, such as the following two:

The availability of PrEP is a pivotal event in the struggle to reduce the spread of HIV. As it becomes widely deployed across many regions and countries, new HIV infections should decrease. In an ideal world, people would continue to use condoms to provide an added layer of protection from HIV and to reduce their risk of STIs. However, anecdotal reports suggest that condom use has declined among PrEP users. As a result, some public health workers, doctors and nurses worry that PrEP deployment could inadvertently help to increase the spread of other STIs.  However, in the present study, over the long term, researchers underscored that PrEP does not only include anti-HIV drugs (the combination of tenofovir DF + FTC) but also regular visits to a clinician and regular, and perhaps even frequent (every three months), screening for STIs. The results of the researchers’ simulations show that PrEP should be considered as a package of interventions, of which STI screening and treatment are an important part.
The researchers stated:
“PrEP as a package prescribed and administered following CDC guidelines that include ongoing STI screening could be an effective STI prevention intervention.”
In a separate report, researchers stated: “Clinicians should continue to support PrEP as a supplement rather than replacement of condoms.” 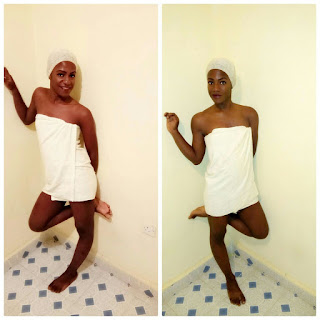 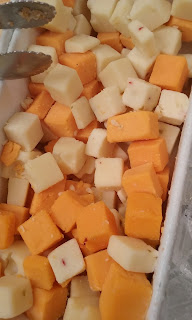