San Francisco CA: Why Undetectable Simply Put Does Not Mean Be Careless; Always wear a condom that way you are sure

- September 05, 2017
Basic HIV prevention has the first principles and one of them states: Other STIs/STDs make it easier for HIV to penetrate the skin and therefore gain access to inner blood stream. In Other words STIs/STDs increase the chances of HIV to gain entry in the body.

In Melbourne, Australia, a man has reportedly tested positive for HIV while on PrEP, an antiretroviral drug designed to prevent contracting the disease. He is the fourth person on PrEP to contract HIV, and experts are baffled by the phenomenon.

Three other cases of PrEP failure have been documented in New York, Toronto, and Amsterdam. Experts believe that the man could not have been following his drug regimen, could have been exposed to someone with a detectable HIV viral load, or that a PrEP-resistant strain of HIV has developed. The good news is scientists have been able to completely eradicate the virus from mice, and plans to conduct human trials are in the near future. 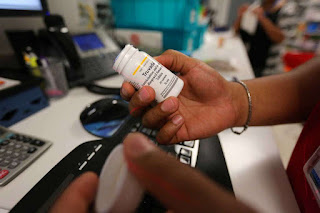