Kampala Uganda: Open letter to Funders and their "networks of references"

I have a problem with the unfair disparity in funding. The money coming to those of us in the "Strategic Emotional Health Support" area (Public Health people) is so paltry but huge funding is going to pay for "Strategic Litigation" (Legal people).

Creating a critical mass of Legal persons who can argue human rights cases at Uganda's Courts is so welcome. It is a plus and goes to show that Uganda's legal climate is at par with that of many Western World countries. The lawyers who became visible and argued the cases like: The annulled Anti-Homosexuality Act; The Equal Opportunities Bill; The Victor Mukasa and the State of Uganda .....are a treasure. They showcase the meaning of support at logistical and interventional levels. The cases help build the social contexts in which life can be lived at individual levels. Emphasis is "life lived at individual levels."

I do not hide this fact. I am working to make the life of LGBTIQQ dignified and respectable. We are the ones who catalyze "life lived at individual levels." But, for all the times I have begged to have our offices/ resource center paid for, there is a denial. We have applied for funding since we were closed down in 2011 (following the AHB). We have never received any funding that is why our closure was sudden and hard on us. We were using our personal savings to run a public organization!


We had constituted ourselves as a team of medical doctors and social workers to do this. Meanwhile, the legal teams were sprouting up left, right and center. We have more paralegal/ security trained change agents serving LGBTIQQ but a few Mental-Health Peer Educators. The legal perspective and intervention becomes a force pulling all resources on one side. No wonder, that today the organizations with offices, paid staff and the ones that report having held Annual General Meetings are the Legal-oriented ones.

Most At Risk Populations' Society in Uganda (MARPS in Uganda) has had a history of training other organizations or being part of the LGBTIQQ self determination advocacy. Yes, there is evidence. So, it perturbs me when funders say they have "checked with their networks and they found out we are not known among their networks."

Imagine the frustration!! Yet, we are actually providing services. There is all the evidence before anyone who  can be asked about us.

If you know you are approached by a funder to give information about an organization X, Y, Z. Why don't you at least have the courtesy of taking charge and ask the funder to give you time to check your records well so that you are in a better position to talk about the organization in question?

1. Organizations do not have to have offices or permanent addresses to show they exist. They may be domiciled at a Fiscal Address/Fiscal Agency.

2. Organizations do not need to have grand slogans, or be seen to be on the plane at any one time to be said to be working. The 21st Century has taught us Evidence-Based Interventions or Target interventions. Most times targeted interventions mean confidentiality matters come into play. MARPS in Uganda is dealing with HIV care; suicide support; housing; post eviction trauma; domestic violence...many of which require confidentiality around them.

3. Dear funders, kindly use other means of verification of organizations actually doing work for the good of LGBTIQQ. Whenever you don't release the much needed funding there are missed opportunities for healing!

4. To the "networks of references"please support the upcoming organizations. Vouch for them, lift them up, talk on their behalf. Defending LGBTIQQ is both in courtrooms and boardrooms.

I am going to write another proposal, I am hopeful this time it will not be rejected. 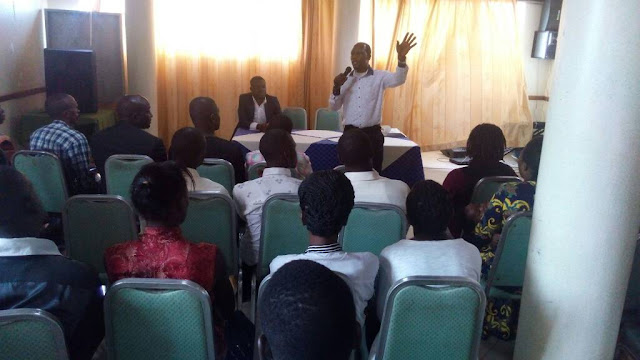