- September 26, 2017
We searched for precedents we could share with you when it comes to writing oneself into policy, programming and making data inclusive. There are tips to learn from Kelli Rogers’ article which we have brought to you in full below:

Kelli Rogers writes:
BANGKOK — In May 2016, several well-known nongovernmental organizations, foundations, businesses, and advocacy groups announced a partnership in the name of improving gender data.
Then, they went dark.

This week, Equal Measures 2030 — a new global cross-sector initiative born from hours of meetings in London conference rooms and offices in six focus countries from El Salvador to Indonesia — emerged after a year of research and tough decisions. During that time, it got clear on where to focus time and resources to ensure that the initiative’s work will be additive rather than duplicative.

The partnership, funded by Plan International and the Bill & Melinda Gates Foundation, considers itself a start-up with resources to hire a full-time seven-member team and initiate pilots in six countries. The goal? Ensure data is transformed into advocacy and action by making sure women’s groups, rights advocates and decision makers have easy-to-use data and evidence to guide efforts in reaching the Global Goals by 2030.

For the team, the past months have felt like a juggling act.

What was originally billed as a “Sustainable Development Goals tracker” has evolved into a broader effort to spotlight data gaps and provide advocacy at a grassroots level.

“We are an initiative born out of the attention being brought to gaps in gender data, but one of the things that’s really been tricky is considering what an SDG tracker would look like given the data gaps that exist,” Holder said.

For example, data from only three of the 14 indicators for Goal 5 — to achieve gender equality and empower all women and girls — is being regularly collected in most countries and has adhered to international standards of measurement.

Still, the partnership plans to produce a “global snapshot of progress,” according to Holder, with the hope of it becoming a leading source of information for advocates, activists, governments, civil society partners and others working to achieve gender equality.

The way to access that data may just take a bit more creativity than initially expected.
The partners examined the 17 SDGs and narrowed 250 indicators to just over 60 as mission critical for the rights of girls and women.

“Our challenge now is that, of all of these indicators, less than half have official data attached to them,” Holder said. “We can’t solve that or come up with a measurement system that will be statistically rigorous and able to be rolled out around the world.”

What they can do, she said, is pull in proxy indicators or complementary data that might help shine a spotlight on the issue:

“If we had to fill the gaps in a snapshot kind of way, what can we use to do that? That’s what we’ll be asking,” she said.

At its core, Equal Measures 2030 is about supporting grassroots efforts. The initiative has already identified six focus countries — El Salvador, Colombia, Senegal, Kenya, India and Indonesia — and sub-granted work to one local organization in each. It is not prescribing what the countries should focus on. Instead, it is asking each organization to identify what data or research challenges are keeping them from effectively bringing to light the issues that are important to them.

Many local partners are keen to focus on discrimination against specific groups of women based on disability, geography or ethnicity. Equal Measures 2030 will also continue to support calls for more sex-disaggregated data “because we don’t have enough, and it’s one of the ways to get at this concept of missing girls and women,” Holder said.

On Wednesday, Equal Measures 2030 released the results of its first study carried out by research firm Ipsos and based on conversations with more than 100 policymakers in five of their focus countries. As Devex reported, the study was about perceptions of progress on gender-related issues and access to and use of data to inform decisions.

The team asked policymakers to estimate their country’s early marriage rate, maternal mortality rate, percentage of women in parliament and number of women in the labor force.

The study showed that policymakers are very aware of SDG 5 and generally positive about progress on gender equality, “but really way off in being able to estimate the scale of these key gender equality challenges in their countries… really wide off the mark,” Holder said.

For example, when asked to estimate the number of women dying from causes related to pregnancy and childbirth in their country, only 6 percent of policymakers who cited a figure came within 20 percent of the official figure. In Kenya, when asked to estimate what percentage of parliamentary seats are held by women, the policymakers’ approximations ranged from 6 percent to 90 percent. The official figure is 21 percent.

“Policymakers are flying blind when it comes to gender equality,” Holder said. “Two-thirds of policymakers believe progress has been made, but they aren’t confident in their knowledge of the facts and figures.”

In the next five years, Equal Measures 2030 plans to scale up and deepen its work in the focus countries, as well as expand to North America and Europe in order to “have a universal dimension to SDG 5 reflected in our portfolio,” Holder said.


In the meantime, it will continue to show an independent global snapshot of the status of girls and women and plans to publish results every two years, right up to 2030, while continuing to expand its network of collaborators. 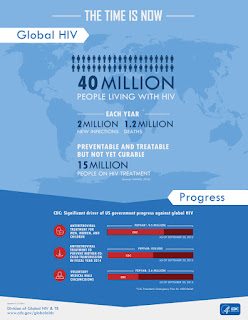