- September 26, 2017
The ten most asked mental health questions facing LGBTIQQ and LGBTIQQ PLHIV in Uganda between 2004-2017 are around:

We continue bringing you write ups on emotional and mental health. In this one we bring you an article by Dr. David R. Tophor.

David R. Topor, PhD, MS-HPEd   Writes about “Feeling okay about feeling bad is good for your mental health.” In the article that came out in the Harvard Health Publishing Magazine of the Harvard Medical School,  accept, rather than negatively judge, one’s emotional experiences led to fewer negative emotions when confronted with daily stressors.

When you have a negative emotion, are you upset or disappointed in yourself? Do you feel “bad” or “guilty” about this emotion? If so, you may be at risk for poorer longer-term psychological health.

A study in the July 2017 Journal of Personality and Social Psychology looked at the psychological health of people who accept, rather than negatively judge, their emotional experiences. Researchers found that accepting these experiences led to fewer negative emotions when confronted with daily stressors.

The article reported on three separate, but related, studies that explored how accepting negative emotions, rather than reacting to them, affects a person’s psychological health.

Again, a group of undergraduates completed questionnaires related to acceptance and to their emotional responses to a stressful task completed in the lab. Results indicated that by habitually accepting emotions and thoughts, people experienced a lower degree of negative emotion when in stressful situations.

Finally, the authors wanted to see if these results held up for people other than college students. They followed people in a Denver community for a six-month period. These study volunteers completed measures of acceptance, psychological health, and stress, and kept nightly diaries for two weeks identifying the degree of negative emotion felt when experiencing stressors that day.

Results indicated that people who habitually accept their emotional experiences were more likely to report greater psychological health six months later. This was true regardless of gender, ethnicity, or socioeconomic status. Further, people who accepted these emotions were less likely to respond negatively to stressors. That is, people who routinely accept their emotions and thoughts when under stress, experience less daily negative emotion during these times. This in turn is associated with increased psychological health six months later.

Taken together, these three studies highlight the benefits of accepting emotions and thoughts, rather than judging them, on psychological health. It seems like common sense. When a stressful situation causes negative emotions, accepting feelings of frustration or upset — rather than trying to pretend you’re not upset, or beating yourself up for feeling this way — reduces guilt and negative self-image. Over time, this will in turn lead to increased psychological health. 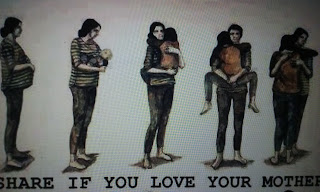