- August 20, 2017
Hampton Inn Dallas- Rockwall hotel is just off Interstate 30, next to Lake Ray Hubbard. A young man bypasses it as he walks 3 miles to work and 3 miles back to his place next to a section 8 Public Housing. Taylor McAdams,  in an article published on  the 6th Jul , 2017 titled “Strangers Buy Car For Guy Who Walks 3 Miles to Work Every Day” enabled us to meet Justin Korva and note how the story unfolded.

It’s funny how fate has its way of meeting you with the right people, exactly when you least expect it. Exactly this happened to Justin Korva, who was making his daily march to work in a 95 degree heat. Dressed in his fast food worker’s uniform, Justin walked along the side of the road when suddenly, a man called Andy Mitchell stopped by his side and asked Justin if he wanted a ride.

Twenty-year-old Justin had no problem continuing his walk – he had gotten used to walking for 3 miles to and from work every day – but cut himself some slack and join Andy this time around.

Making some small talk in the car, Andy was astonished to hear about Justin’s daily journey. Justin went on to elaborate how he works at the Taco Casa in Rockwall, Texas and he was hoping to save up enough money from his minimum wage job to buy his very own car.

Impressed by Justin’s admirable work ethic, Andy posted about his new friend on Facebook. His post went viral, revealing more and more people who wanted to help Justin out. The Facebook community decided to reward him for his diligence in a way that would show him hard work pays off, but would also make his life much easier.

“To all the people that say they want to work but can’t find a job or don’t have a vehicle, all I can say is you don’t want it bad enough,” Andy wrote.

One person in particular wanted to help out Justin’s automotive situation, and that man was Samee Dowlatshahi, owner of Samee’s Pizza Getti Italian Bistro and Lounge. Samee offered to put out a donation box to help raise money for Justin’s car, and he was sure they would hit their targeted sum in no time.

As if all of this wasn’t enough, the general sales manager at the local Toyota dealership, Danny Rawls, contacted Andy to let him know he was more than willing to slash the price of a 2004 Camry for this philanthropic purpose.

Elated with their successful fundraising, Andy said it was time to tell Justin what’s been cooking under his radar. Andy drove the sparkly new car towards Justin’s place of work, pulled him outside and said proudly:

“Justin, you can’t imagine all the people who wanted to help you,” Andy told Justin in the restaurant parking lot. “So, instead of walking to work, buddy, you’re driving this car from now on.”

Flabbergasted by what Andy just said, Justin started mumbling: “Are you serious?”
The large crowd that had gathered in the parking lot cheered frantically as Justin wiped the tears from his eyes. Overwhelmed with emotion, Justin gave everyone in sight a long, emotional embrace, thanking them for their compassion.

“He’s a very humble young man and accepted it with stride,” Danny told CBS News. “There couldn’t have been more of a deserving individual, for sure.” 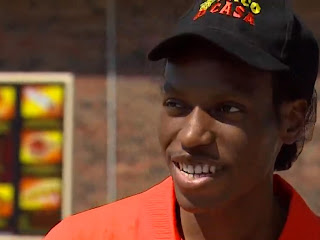 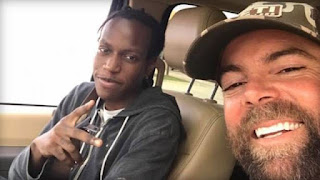 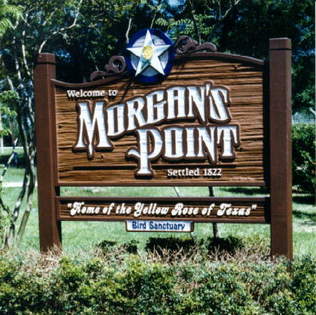 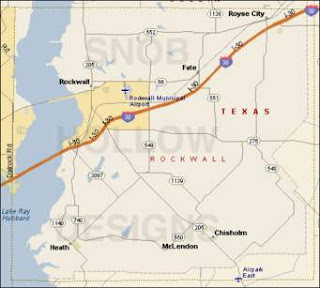 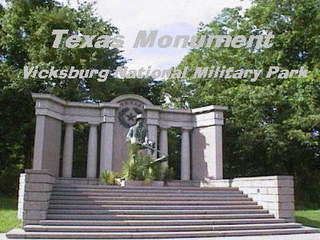 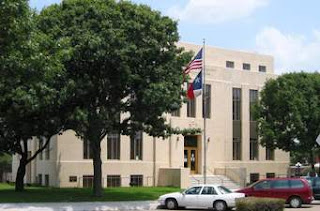 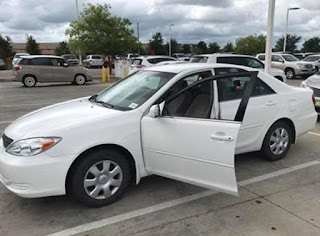 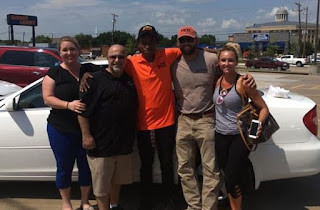