PrEP Trials: The Benefits -- and Challenges -- of Seeking Community Input

Community advocate and clinical investigator pushback led to some changes in the trial protocol. In a statement, Gilead said that a planned 30-day period during which participants would be required to stop using Truvada (TDF/FTC) as PrEP had been removed, and language had been clarified to be less confusing for participants. Further, Gilead said it had decided to create community advisory boards (CABs) for the U.S. and European legs of the study, meeting activist demands for CAB oversight of study enrollment and marketing. Gilead also announced that it had increased guidance to trial sites to "ensure that all recruitment materials accurately convey the investigational nature of [TAF/FTC] for PrEP."

According to Jeremiah Johnson, community engagement coordinator for Treatment Action Group (TAG), the initial fires have been put out, but other concerns remain. CABs, for example, can give the appearance of community approval while still being late to the process and having little power or influence; in short, they could be created outside practices outlined in the GPP.

Developed by AVAC and UNAIDS with input from a wide group of stakeholders and first published in 2007, the GPP guidelines help ensure ethical participation and engagement in biomedical HIV prevention trials by funders, implementers and affected communities. The guidelines were established in part in response to PrEP trial shutdowns in Cambodia and Cameroon between 2003 and 2005, both due to pushback from the affected communities on their lack of involvement from the outset.

The DISCOVER trial has 94 clinical trial sites. Advocates have been concerned that sites located in smaller localities may lack solid understanding of how to work with communities and adhere to ethical standards. Johnson told TheBody.com that these problems could have been reduced by utilizing existing trial networks with a legacy of good community involvement.

Even when community input is addressed from the earliest phases of a trial's creation, communication challenges are par for the course. Tom Craig, a PrEP community advisor from the French organization AIDES, currently works on the new Paris PrEP trial, ANRS-Prévenir. This trial of 3,000 participants, which will end in 2020, aims to minimize seroconversions of participants via access to services and information. Craig told TheBody.com that, even though the organization of this study involved community input from the beginning, "It [had] been a long uphill battle to communicate to the 'key populations' what PrEP is, because, even now, [PrEP] is not really known."

Mitchell Warren, executive director of AVAC, says that large numbers of sites can cause a loss of control over trial messaging. Regarding the DISCOVER trial, he told TheBody.com, "We were hearing things like 'I heard I could get free PrEP for two years via this trial'. The onus is on the research team at the site level [to ensure clear communication]. High-risk people need to be directed to PrEP."

Lane Rasberry, a member of the community advisory board of the HIV Vaccine Trials Network, which currently oversees HPTN 083, expressed concern that trial participants could mistake such trials for a way to access injectable PrEP, and he would like to see more community input into screening questions.

PrEP advocate Damon Jacobs notes that utilizing trials as health care is especially problematic in parts of the world where PrEP is not approved. "It does leave participants vulnerable to more kinds of exploitation, as their options might be severely limited," Jacobs told TheBody.com. Warren concurs: "We don't want research programs to be delivery programs, but we have to be involved with community groups."

According to Warren, minimizing risk plays a role when it comes to trial designs; however, he says every trial has risks and benefits.

The DISCOVER trial is double blinded, meaning that study subjects don't know whether they are receiving Truvada or Descovy. Mitchell explains that classic double-blind/placebo trials have been sufficient for most trials, but new studies require new trial designs, which can create greater complexity. A trial of an injectable form of PrEP, for example, would clearly compare it with the pill form of PrEP, and thus there would be no blinding. In this instance a "double-dummy, double-blind" design could be used, wherein all participants receive two products: Half would receive an active pill and a placebo injection; the other half would receive a placebo pill and an active injection.

"We've argued for a clearly articulated plan at the site level that oral PrEP is explained and oral PrEP can be provided. We want to achieve this without shutting down trials."

Despite Gilead's changes to its trial protocols, the question remains as to why it first overlooked community participation and then remedied it only when strong concerns were voiced. Advocates have voiced worries that the impending expiration of Truvada's patent could be a factor in rushing to roll out trials for Descovy, since Descovy could ultimately replace Truvada as a preferred choice for PrEP.

The U.S. Food and Drug Administration approved TAF/FTC, now marketed as Descovy, in a fixed-dose combination to treat HIV in April of 2016. In studies, TAF has shown better bone and kidney safety than TDF, which is in Truvada. However, people living with HIV have increased risks of bone and kidney problems for many reasons, of which antiretroviral treatment is just one factor, and one recent study showed the safety profile of Truvada to be on par with that of common aspirin. Therefore, the benefits from TAF do not clearly override the need to take the time to include genuine community involvement in accordance with the GPP guidelines.

According to AVAC, as of April 2017, there were 42 PrEP trials ongoing worldwide including six in the United States, ranging from comparative studies of Truvada and Descovy to vaccine trials, to trials focused on education and other interventions. Trials benefit from community input from the outset to help identify flaws and issues -- and repair them -- before moving forward. Understanding how trials are structured, best practices for implementation are all issues HIV/AIDS advocates should strive to understand as this research area continues to accelerate and expand in the coming years.

Jennifer Johnson Avril is a communications professional and HIV/AIDS activist based in New York City. She is a master's candidate in media studies for social change. 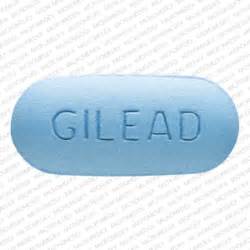