Vignettes in the papers following its passage:

“The Act, should it take effect, would broaden the criminalization of same-sex relations in Uganda. It also includes provisions about persons outside of Uganda who are charged with violating the Act, asserting that they may be extradited to Uganda for punishment there. The Act also includes penalties for individuals, companies, and non-governmental organizations that aid or abet same-sex sexual acts, including conducting a gay marriage.” Wikipedia The Free Encyclopedia

‘But a gay rights activist in Uganda told the programme that he was "very scared" about the new bill. "I didn't even go to work today [Monday]. I'm locked up in the house and I don't know what's going to happen now. Our correspondent says although Mr Museveni had been apprehensive about signing the bill, he could not convince his party, religious groups and many of his citizens that it was not needed. His signature is an apparent U-turn from a recent pledge to hold off, pending advice from the US.’ BBC

“Ugandan President Yoweri Museveni has signed into law a bill that toughens penalties against gay people and defines some homosexual acts as crimes punishable by life in prison. Homosexual acts are already illegal in Uganda, and Museveni had gone back and forth recently about whether he would sign the controversial bill in the face of vocal opposition from the West.” CNN

‘Uganda's president has signed a controversial law allowing those convicted of homosexuality to be imprisoned for life, defying international disapproval from western donor nations. At a public ceremony in a packed room at the State House in Entebbe, Yoweri Museveni formally initialed the anti-homosexuality act, which also outlaws the promotion of homosexuality and requires citizens to denounce to the police anyone suspected of being gay. "No study has shown you can be homosexual by nature. That's why I have agreed to sign the bill," Museveni said in a speech at the presidential palace near the capital, Kampala. "Outsiders cannot dictate to us. This is our country. I advise friends from the west not to make this an issue, because if they make it an issue the more they will lose. If the west does not want to work with us because of homosexuals, then we have enough space to ourselves here.”’ The Guardian

“President Yoweri Museveni says he is not only disappointed by the sexual conduct of the West but also feels sorry for them. According to him all the Western countries are doing is imposing their social values on the African society through social imperialism. And the President says this is one of the reasons he signed the now controversial Anti-Homosexuality Act after five years of intense debate over the law. At exactly 1:55PM on Monday, President Museveni walked into the packed conference room at State House Entebbe full of local and foreign journalists. He then took his seat at the front facing the eager crowd of journalists, scientists, Members of Parliament and officials from the Ministry of Health led by the Minister, Dr Ruhakana Rugunda. The President then announced that he would make a statement after signing the Anti- Homosexuality Bill into law. Without wasting time he took a swipe at the Western world for what he called careless handling of issues concerning Africa. President Museveni said the topic of homosexuality was provoked by what he called arrogant and careless Western groups that are fond of coming into schools and recruiting young children into homosexuality and lesbianism.” Uganda Radio Network 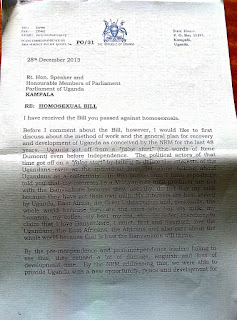 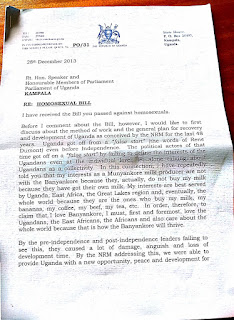 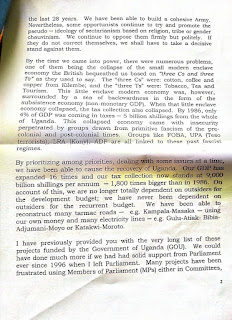 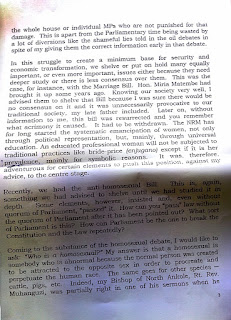 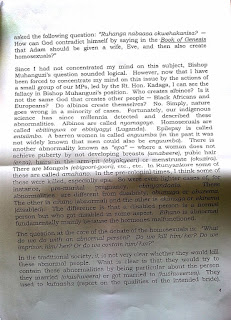 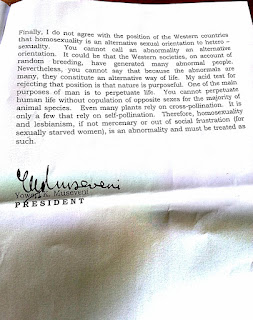 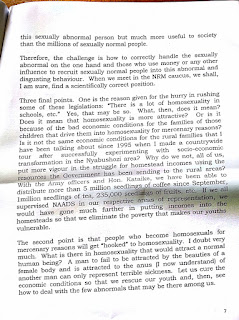 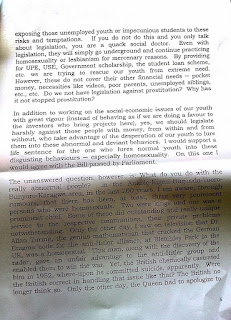 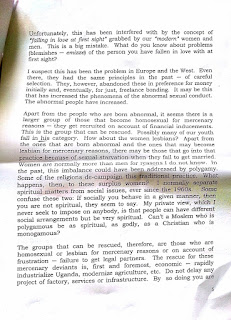