- August 02, 2017
We have learnt the Nigerian police in Lagos State have arrested 42 persons alleged to have engaged in ‘homosexual activities’.

According to a report made available by Sunday Punch Newspaper, the suspects were said to have been rounded up at a hotel at WeighBridge in Owode Onirin area of Lagos State on Saturday around 3.30 pm.
It was also reported that the hotel, Vincent Hotel, where they were arrested had been sealed off. The Lagos State Police Public Relations Officer, Olarinde Famous-Cole, confirmed the arrest. He added that the suspects had been handed over to the state task force for prosecution.
He said, “It is true. About 42 suspected homosexuals were arrested and the hotel has been cordoned off while investigation continues. They are in custody of the Lagos State Task Force and will be charged to court soon.” It is so heartbreaking that LGBT persons have continued to remain targets and exposed to attacks at all times.
It is also so frustrating that members of the LGBT community will have to constantly watch their backs for fear of getting harassed, arrested, brutally beaten or even killed for being who they are. LGBT persons are human beings and the right of all is constitutionally protected. No one should be treated any differently because of who they are or love.
In 2014, the then Nigerian President Goodluck Jonathan signed a bill on that criminalises same-sex relationships, defying pressure from Western governments to respect gay and lesbian rights. Bill says gay marriage, same-sex relationships illegal. Penalties were set of up to 14 years in prison. The bill, bans gay marriage, same-sex “amorous relationships” and membership of gay rights groups.
As in much of sub-Saharan Africa, anti-gay sentiment and persecution of homosexuals is rife in Nigeria, so the new legislation is likely to be popular. Jonathan is expected to seek re-election in 2015 but is under pressure after several dozen lawmakers and a handful of regional governors defected to the opposition in the past two months. Under existing Nigerian federal law, sodomy is punishable by jail, but this bill legislates for a much broader crackdown on homosexuals and lesbians, who already live a largely underground existence. 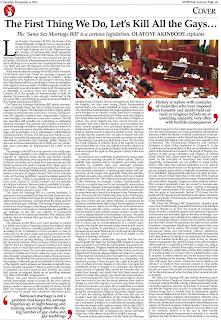 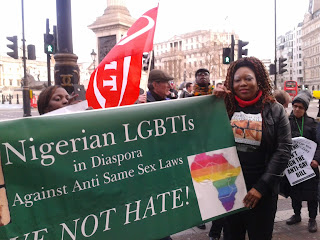 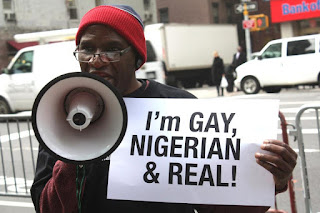 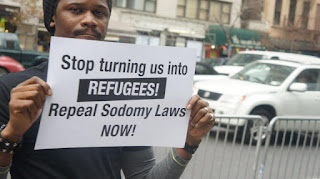