Lagos Nigeria: Nnamdi Nwabasili says "I have no problems with homosexuals!"


Countering the intense homophobia that’s so common in Nigeria, the Nigerian on-air personality Nnamdi Nwabasili, known as N6, has revealed his feelings about homosexuality: He has no problem with gay people living their authentic lives.
But Nigeria’s anti-gay law poses big problems for LGBT people, he acknowledges.
The young rapper, a popular voice at Cool Fm in Lagos state, talked about his gay Nigerian business partner and his experience  working with him.
His comments came on the new episode of “Hot Topics” with Latasha Ngwube, while reacting to the recent arrest of 42 suspected homosexual men who were recently arraigned in court by the Lagos state government.
These were his comments:
“I have no problems with homosexuals. An openly homosexual business partner here paid one of the biggest and most successful money I have made in my life to me in Nigeria.
“I have no problem with them, but this is the law of the land. [Editor’s note: The misleadingly named Same-Sex Marriage (Prohibition) Act, enacted in 2014, provides for prison sentences of 10 years for Nigerians belonging to a gay organization, supporting same-sex marriages, or displaying same-sex affection in public.]
“You have to be much smarter. You can’t just come and say I am gay and that law is a wrong law because you are still arrestable by the laws of the land.
“When I saw that story, I first had a problem with the Lagos state police.
“When I now heard that there were 12 minors involved, I said this is a child-s*x p****graphy ring and something deeper is happening here and, on that account, they should all be arrested, there should be an investigation done to find out if the kids were really defiled and when they have found this out, they should properly rehabilitate those children.


“Something out of the ordinary is going on. But apart from that, what two grown men decide to do with themselves in their private place or corner that is entirely up to them but the law of the land still states this is illegal.” 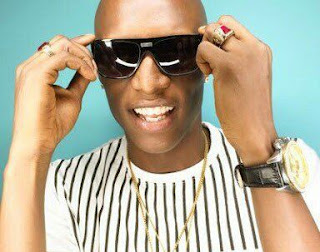