- August 01, 2017
Dolutegravir (DTG) will be available to patients through a partnership between the Kenyan Ministry of Health and Geneva-based Unitaid. DTG has been the preferred first-line treatment in the United States and Canada since 2014, a year after it came onto the market. According to Devex, a new generic version of a frontline antiretroviral drug launches in Kenya today, the first time that HIV patients will have access to the more affordable version of the treatment.

Although some patients on the continent have accessed the more expensive version, the affordability of the generic DTG will be a “game changer” in the treatment of HIV/AIDS, said Robert Matiru, Unitaid director of operations.
Prior to the current introduction, Kenyan patients paid $50-$60 for a 30-day supply pack. This generic version costs about $4 a pack.
“It’s one thing to be able to buy the more expensive version, it’s another thing to be able to bring medicines in a version that is affordable to multiple countries and governments, which means it can go further and it’ll represent savings for the governments and to the patients,” he told Devex.
The generic DTG launch is part of a $34-million Optimal ARV project — backed by Unitaid and the Clinton Health Access Initiative — aimed at accelerating access to affordable antiretroviral treatments across 11 countries, including Cambodia, Malawi and South Africa. Unitaid investments aim to catalyze access to quick, affordable and better health products in tuberculosis, malaria and HIV/AIDS.
This three-year investment will connect countries with the latest treatments and initiate patients on optimized therapy. The program will also give countries the needed time to gain experience, conduct enhanced monitoring and derive lessons in preparation for national scale-up.
Globally, there are more than 36 million people living with HIV, of which roughly half are untreated. WHO estimates that by expanding the use of antiretroviral therapy, almost 600,000 deaths can be averted per year by 2020.
Scaling up HIV treatment in low- and middle-income countries has been a major health success over the past 15 years. However, ensuring that more people living with HIV have access to medicine is crucial to ending the AIDS epidemic by 2030.

DTG was approved for use in 2013 in the United States and Canada, and was adopted the following year by the European Commission as a first-line drug. Since 2015, the World Health Organization has also recommended DTG as the alternative first-line treatment. Last year, Botswana became the first African country to purchase DTG.
DTG has been recognized as the optimal treatment in recent years because of its superior efficacy: providing better treatment outcomes to patients taking them, fewer side effects and higher barrier resistance, meaning the HIV virus is less able to develop resistance. If resistance to HIV medicine builds, a patient must be switched to second- or third-line treatments that can cost up to 10 times more.
The generic DTG will be offered through a “catalytic procurement” process that will initially work with public health facilities, prioritizing patients intolerant of the current first-line treatment, Efavirenz. Other considerations will also be made for needle-injecting drug users.
Dr. Martin Sirengo, head of the Kenya’s National AIDS and STI Programme, said he expects to see better adherence rates when patients take DTG.
“It’s an important drug for us, because it’s a molecule with lesser side effects, a faster rate of suppressing the HIV virus, and a better profile in terms of interactions with other drugs, so that gives us many options of treating people who live with HIV,” he explained.
Over the next six months, Kenyan health officials will have an opportunity to address large-scale rollout plans, discuss how health care providers can access the medicine, and prepare distribution channels before prescribing significantly higher volumes next year.
Because it is better tolerated and has a higher barrier resistance, DTG offers resource-constrained governments and programs a less risky product to administer, particularly in environments where monitoring doesn’t take place as necessary.
“One of the most important things you have to do when you have patients on treatment is to monitor them to see how they are responding, if they have any side effects, or if they need to be switched potentially to another treatment,” Matiru said.
Twenty-seven thousand people are expected to benefit from Unitaid-sponsored DTG treatments. Similar programs will roll out in Nigeria and Uganda later this year; medicines have already been delivered.

Precursor to the one-daily regiment

The DTG roll-out is an example of how Unitaid, a catalytic investment fund, serves as a “bridge to scale” partner: They introduce better preventive tools, better diagnostics and better treatments in countries, then leverage support from scale-up partners, such as the Global Fund and the PEPFAR, to further expand projects.
According to Matiru, these initial DTG programs are priming markets for a single, fixed-dose pill that would include three drugs in one, including DTG.
“We’re looking forward to learning lessons with the pilot, but more importantly, we’re looking forward to the manufacturing companies giving [DTG] to us in fixed-dose combinations so that patients can have the benefit of just taking one tablet per day,” Sirengo said.
Getting to a one-daily regimen is the “holy grail” in antiretroviral treatment, Matiru told Devex. This pill should be available sometime next year. 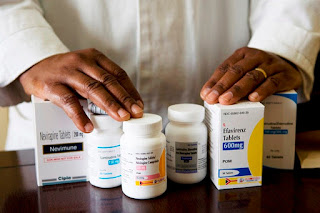 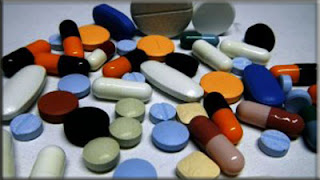