- August 19, 2017
Elvis is a 23 year old Transwoman. The pronouns preferred are she/her/they and the Trans name is Tiara. To come to this point Elvis had to undergo self-discovery through the sessions we offered at our resource center. We had dance, diet, dress and dignity affirming  mini-fairs. Elvis (Tiara) and 72 others were able to be who they felt they were. The good side is that at the resource center we had other ongoing activities some of which we encouraged Transgender persons to participate in as facilitators. There was a per diem at the end of day and this catered for transport. For those who preferred to stay, the money was saved to purchase consumables, cosmetics and other facilities which affirmed who they were.


Jovan Ssentamu 35 years, has been with our volunteer mobile home visit services. Through this mechanism we were able to look after a big number of LGBTIQQ living with HIV. We made sure our volunteers had airtime, planned home visit schedules and at all times were able to reach out to members in their marked out zones during an emergence. We had zoned out catchment areas and each area had focal persons. We ran on a shoelace budget which was supplemented by the founders' salaries, money from two video shacks, 5 boda-boda transport bikes, a quick food stall in Bwaise and three hair grooming salons. We even had started a credit extension service to improve LGBTIQQ corporate skills.  Every month we used  an average of Ugx. 3,000,000.00 and this meant paying rent, utilities, food and overhead costs. This was from 2007-2009. After 2009, we added extra costs of bailing out persons and burial arrangements. Up to 2012, we got 23 cases of home evictions, family rejection due to being outed as LGBTIQQ. We had to house or find shelter, food and other consumables. We attended 4 burial events where we had to be involved in burial arrangements. We worked on 13 events in which LGBTIQQ were in conflict with the police. Our average monthly costs were Ugx. 4,000,000.00. We never lasted beyond 2012. We failed to pay our bail for being "chief homosexual" recruiter organization and were eventually closed. Our founders had to flee the country for some time because they feared for their lives. Later, we re-organized and are hosted by another organization.

The question is were we useful to the larger LGBTIQQ Community? Were we a necessary organization? We are relevant but not funded. We provide emotional health services; we have been next to LGBTIQQ contemplating suicide; we have bailed members out of police cells; we train small organizations and empower them in organization development because self determination of LGBTIQQ is possible as a collective effort. No one organization can purport to be all round. In the story of the zebra and the lion it is also good to look at other angles besides the normalized one. The common one of the lion as a predator and the zebra as the prey. We are so normalized by status quo. The LGBTIQQ work or activism operationalised models like "Rights-based" "Gay-rights" and "human rights based approaches". The models in turn are hinged in the people, participation and programing principle.  This principle is in turn revolving around a pivot called "needs-based." But, in the heat of the moment, this principle was missed. Even, sadly,  up to now it is still un-met. What is supposed to be inclusive becomes elusive! When it is elusive, then it ends up being exclusionary. Funding continues to go to same organizations which in turn end up paying into  vertical capitation and not horizontal ramification.

At one time, during a general meeting the author asked lawyers who were facilitating a marginalized groups' movement consolidation gathering whether it was not prudent to first do needs assessment before we went into forming a full scale coalition. The issue raised was not addressed, it was not a majority question. The logic was that the coalition would take on the needs assessment as their first task. The author's raised issue was to promote a two track approach. That is, the human or Anthropological (sexuality, gender and cultural oriented) and the Structural (governance, policy and legal) needs. At that meeting it was a democracy and therefore the LGBTIQQ Community decided to take up one track and drop the other. So, all funding was earmarked for strategic litigation and not for organizations working in the gender expansive areas.

There is a collective that argues strategic litigation and all attendant activities have helped with the visibility of LGBTIQQ in Uganda. To them I would answer that this article is about the need to address the human or Anthropological e.g. sexuality, gender and cultural issues of the LGBTIQQ. That is why even when court cases are won (an example of policy institution), one will hear of statements in which, say, Transgender persons need space in which to grow and develop fully including hormonal therapy. These confessions continue to show us the self-determination or expansive role social-cultural institutions play in the life of LGBTIQQ.

After 2008, funding that went into organizations which addressed structural litigation put them at a very good start. This is was the time when the HIV funding was supporting religious organizations to preach against demographic groups considered unacceptable. So, even within the LGBTIQQ Community some organizations were boosted while others were not. We should have provided opportunity for both tracks to be addressed with funding to all organizations involved. Funding is important because it facilitates activism as well as visibility. Funding ties any organization into the larger international yarn. Funding provides both motive force and inertia. It is the wind beneath wings. It is no wonder that some well funded LGBTIQQ CSOs are perceived as the be the face for LGBTIQQ in Uganda which is not the case. Funding catapults organizations and the lack of it is an episode of anaemia for others. This is what happened to our organization. We survived but could not do the full scale services we hoped to do. At one point we even failed to fully hospitalize a tortured founder and almost failed to post bail. It is no wonder that the same organizations that have continued getting funding are accumulating achievements.

Unmet LGBTIQQ anthropological needs as well as not providing funding for organizations equipped to address these does not build the critical professionalism which also necessitates: safer spaces, confidentiality, separation of roles e.g. legal persons or assistants should stick to legal issues; social and health workers should be empowered to do the holistic social and cultural work. This addresses division of labour and does not burden workers with over and above burn out levels.  It also increases the number of critical and effective leaders in the LGBTIQQ Community. One of the reasons we are seeing a higher rise in deaths due to HIV in the LGBTIQQ Community is because the organizations have role disparities and incongruency. Organizations may have funding earmarked for renting an office space and a training in bookkeeping. But, they may have no funds for say, calls to attend to 12 bedridden persons whose issues may include support group membership,  nutrition, housing and hospitalization.

Funding strategic litigation is enables the LGBTIQQ build a critical number of legally articulate individuals. However, there is need for funding projects addressing emotional health because it impacts the quality of life of the entire LGBTIQQ community. 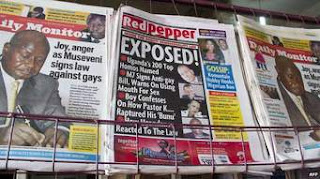 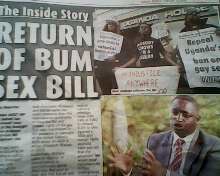