At Kampala Gay News, we aspire to bring you stories of action. Strategic socialization and cultural expansiveness in Africa is what motivates us. This is what we do, this is who we are, this is why we are here. This time we bring you Adam Eli on Social Media Activism.

Adam Eli is keeping himself busy under the Trump administration. The queer Jewish activist has made it his mission to fight for LGBTQ rights, using his platform of both privilege and empathy to organize rallies, marches and gatherings across the East Coast. At 26 years old, Eli uses technology to his advantage by finding ways to create tangible, sweeping movements that kickstart first on social media.

This summer, he teamed up with Grindr to bus New York's LGBTQ community to D.C.'s Equality March, and later held a rally at Stonewall Inn with Gays Against Guns to honor the 49 Pulse victims. When he's not arranging official events, Eli still attends and helps spread awarenss about smaller scale protests that erupt in the wake of President Trump's many missteps. When he banned transgender soldiers from the military, Eli fought back, and when he stayed silent after Charlottesville, Eli spoke up.

We recently caught up with the energetic activist to discuss ways we can get more involved, the power of social media activism and the responsibility LGBTQ people have in Trump's divided, discriminatory America.

OUT: As a Jewish member of the LGBTQ community, what is your reaction to the aggressive resurgence of neo-Nazis in America this weekend?

Adam Eli: I felt prepared. In my family's living room hangs a portrait of my great grandparents who fled the Russian pogroms. My great grandmother is depicted decked in diamonds because she kept all her money in jewels, refusing to ever use a bank. She used to say, “Jews must always be able to run at a moment's notice.” Growing up two generations away from holocaust survivors, the discourse at home was always, “Stay alert, anti semitism can strike at any moment.” However, I was not prepared for the federal government's lack of outrage.

In what ways are you taking action online and offline to help the situation?

I have a social media rule for myself: If it is not hopeful or a direct call to action, don’t post it. Everything I do online is about generating action offline or spreading hope. For example, I will post something like, “If you are upset about XYZ, then meet at the corner of XYZ and we can all go to this action together.”

How can social media be used to create tangible change, not just visible, viral dialogue? Is it possible?

I am constantly being asked if social media can create tangible change. The answer is yes, of course. The definition of a direct action is “any action seeking to achieve an immediate or direct result, especially an action against an established authority or powerful institution, such as a strike or picketing.” The founding principles and ethos of non-violent direct action activism have not changed. Social media is just a new tool we have at our disposal. A tool that must be used and cannot be underestimated. It is a lot easier to achieve an “immediate or direct result” when you can communicate clearly and directly to your base.

The Women’s March, the largest single day protest in American history, began as a Facebook group. The protests at JFK that led to a federal judge granting an emergency stay and blocking parts of the travel ban were created and facilitated on Twitter. This weekend I attended two Charlottesville Solidarity Rallies that were put together in a few hours on Twitter. Both of the actions made national news.

Is it difficult to organize groups in the hundreds to take action? Talk through this process of activating people in large numbers.

I do not activate people. The biggest misconception about activism is that people do not care. People want to show up and fight for what they believe in, they just do not always know how. As an activist I seek to provide easily accessible ways for people to take action and contribute. Then I use social media to publicize these opportunities. I never convince, persuade or cajole. I simply try to create a space for action. 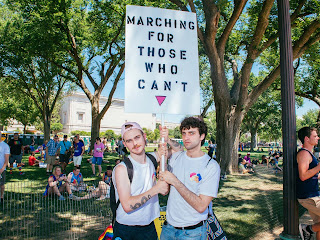 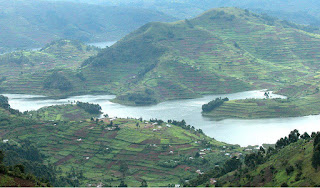 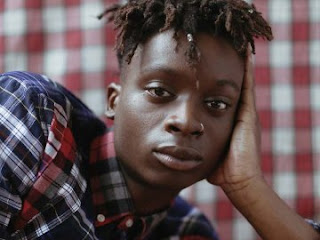