Review Report On Uganda's Readiness For The Implementation Of Agenda 2030

Following the expiration of the Millennium Development Goals development framework and the adoption of the 2030 Agenda for Sustainable Development in September 2015, Uganda has embraced the principles for sustainable development, namely; people, planet, prosperity, peace, and partnerships, to ensure that “No One is Left Behind”. Accordingly, Uganda is among the first countries to localize the 2030 Agenda for Sustainable Development and has volunteered to conduct a National review under the auspices of the first High Level Political Forum in July 2016.
Uganda actively pursued the sustainable development agenda since the early 90’s when it gained ascendancy as a development paradigm. This pursuit has unfolded in three distinct transition phases: post war reconstruction (1986 – 1997); poverty eradication (1997 – 2009); and social economic transformation (2010 -2020).
Nearly three decades on from the first United Nations Conference on Sustainable Development in 1992, Uganda remains steady in its commitment to sustainable development. Results from the 2014 National Population and Housing Census reconfirm that this commitment is yielding desirable results. Between 1991 and 2014, life expectancy rose from 48.1 to 63.3 years; infant and under-five mortality rates dropped from 122 and 203 deaths per 1,000 live births to 53 and 80 respectively; orphan hood levels dropped from 11.6 to 8.0 per cent; literacy levels rose from 54.0 to 72.2 per cent; income poverty declined from 56 to 19 per cent; access to electricity – a factor that impacts heavily on the environment in Uganda – increased from 5.6 to 20.4 per cent; and the proportion of the national budget that is funded from domestic sources has increased, from 64.7 per cent (FY 1991/92) to 82 per cent (FY 2014/15).
Despite the above progress, Uganda still has significant room for improvement in the sustainable development agenda. The economy is still heavily reliant on natural resources and agriculture; the current demographic structure implies a high dependency ratio and low domestic savings; there is continued pressure on the forest cover because of limited access to modern forms of energy; inequality though falling remains high; vulnerability among different segments of the population is also still significant; and the economy remains in need of deeper and broader economic integration, especially at regional level.

Uganda has accordingly sustained active commitment to development cooperation at regional and international levels. The most recent manifestation of this commitment was the leadership role in shaping the 2030 Agenda for Sustainable Development adopted in September 2015 and the adoption of the Addis Ababa Action Agenda in July 2015, which provided the framework for financing of the agenda, under Uganda’s Presidency of the 69th Session of the United Nations General Assembly.
      Uganda’s leadership at both political and technical levels embraced sustainable development right from the time of promulgation of the National Constitution which integrates key principles of balanced and sustainable development. The leadership of the country further demonstrated commitment to sustainable development through its strong support and approval of Uganda’s Vision 2040, the East African Community’s Vision 2050 and Africa’s Agenda 2063 – all of which strongly feature within Uganda’s second and current National Development Plan (2015/16 to 2019/20) whose overall goal is to transition Uganda into a lower middle-income country by 2020, through strengthening Uganda’s competitiveness for sustainable wealth creation, employment and inclusive growth. Localization of the Agenda for Uganda is accordingly being cascaded to sector and local government planning and implementation frameworks. The Manifesto of Uganda’s newly re-elected Government whose term of office runs from 2016 to 2021, is aligned to the second NDP and has also embraced the principles of Agenda 2030.
The second NDP’s preparation coincided with the deliberations and adoption of Agenda 2030 which resulted into the country being the first in the world to mainstream the SDGs into the national planning frameworks. In recognition of the importance of review and follow-up mechanisms, Uganda’s leadership is working to strengthen the implementation and communication strategy for the current NDP and the Sustainable Development Goals mainstreamed in it. Key efforts in this regard include national and local level consultations on localization of the 2030 Agenda; National Information, Education and Communication campaigns; high-level policy dialogue engagements; institutional capacity development; and revitalised engagement with the private sector.

 The adoption of 2030 Agenda has nationally been interpreted as embracing principles of sustainable development that promote prosperity for all people and protect the planet from degradation so that it supports the needs of the current and future generations.
The localization of the 2030 Agenda for Sustainable Development requires innovative approaches and adaptive programming of its interventions. On this note, Government of Uganda has commenced implementation of a range of new social programmes based on enhanced targeting capabilities with the aim of ensuring that no one is left behind. Notable among them are: Operation Wealth Creation; Universal Primary and Secondary Education; the Youth Livelihood Program; the Higher Education Students Loan Scheme; the Social Assistance Grant for Empowerment for the elderly; the Legal Aid Programme, the Women Entrepreneurship Program; Community Tree Planting Project; and the Skilling Uganda Program. National Capacity
Over the years, Uganda has made efforts to enhance its national capacity to formulate and implement development policies, plans and programmes. However, the ambitious and comprehensive nature of the 2030 Agenda requires further enhancement of national capacity on how best to steer inclusive development across time, sector, and regions of the country. Key among these are: strengthening institutions; financing mechanisms; rallying the private sector, civil society, citizens and other partners towards implementation; and public private partnerships.
Uganda has developed a National Standard Indicator Framework to track progress towards attainment of middle-income status by 2020. This framework builds on the National Monitoring and Evaluation Policy and the Integrated Monitoring and Evaluation Strategy. Through these instruments the implementation of SDGs will be monitored, evaluated, and reported on. Already, Uganda has established that out of 230 indicators in the global indicator framework for SDGs, only 80 indicators have data readily available in its current national statistical framework. There are efforts however, to develop and integrate other indicators that cover all the relevant SDG targets.

 The existing legal, policy, and institutional frameworks provide an enabling environment for the implementation of the 2030 Agenda. For example, Uganda has introduced a number of reforms and pieces of legislations that will facilitate the implementation of the 2030 Agenda. Chief among them is the Public Finance Management Act (2015), the Public Private Partnership Act (2015), Public Procurement and Disposal Act (2014) the Financial Institutions Amendment Act (2015), and the Registration of Persons Act (2015). Furthermore, Uganda has prioritized increasing domestic revenues as a proportion of GDP, investment in public infrastructure, efficiency in service delivery, use of technology and innovation, reforming the public procurement, debt management, and partnerships with development partners, private sector, academia and citizens.
To strengthen implementation and improve institutional functionality, Uganda has undertaken a number of reforms; including, the establishment of the A Prime Minister’s Delivery Unit, the Government Evaluation Facility, institutional coordination mechanisms, the issuance of certificates of compliance of the national and budgets to the NDP, certificate of compliance to gender and equity, and is gradually shifting from output-based to programme-based budgeting.

The Government of Uganda re-affirms its commitment to the implementation of the 2030 Agenda for sustainable development and recognizes the remaining challenges that require concerted efforts and partnerships to facilitate attainment of the desired development goals and targets. Uganda intends to partner with the international community in delivering this global development agenda. 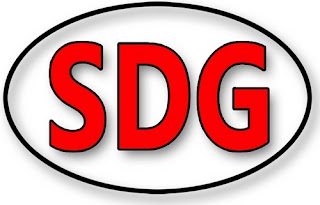 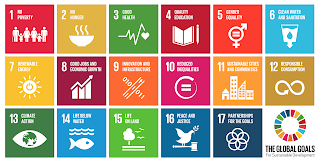 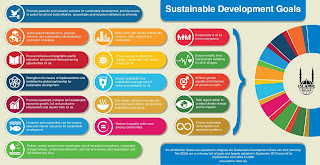