On January 20th 2004, six days before the NRM day, we came up with an organization to help look after disowned LGBTIQQ.  Little did we know we would become MARPS in Uganda.

2004-2005
1. We are invited to join Icebreakers and SMUG.
2. We get a small three-bedroom house, we use it as a resource center and clinic eventually.
3. We had our first eviction from the house we used as our resource center toward the end of 2005 for allowing LGBTIQQ to "offend" the neighbourhood.
4. We moved to another location and by December 1st World AIDS Day, we had 23 LGBT-living with HIV.
5. We develop an Interfaith Mechanism bringing together Muslim, Ismailia, Baha'i, Orthodox, Adventist, Roman Catholic, Brazilian Catholic, Anglican, Pentecostal, Sikh and other religious LGBTIQQ Persons to share spiritual experiences. We have our first HIV Candlelight Vigil!

2006-2008
1. We continued with our work around self determination of LGBTIQQ
2. We were part of other organizations (FARUG, Good Samaritan, Icebreakers, KULHAS, Spectrum) which "stormed" an HIV conference in Kampala and demanded for LGBTIQQ issues to be included in HIV Planning.
3. We were part of the organizations that picketed at the Centenary Park near Hotel Africana during the "CHOGM" conference and demanded for repealing of laws that stigmatized and discriminated against LGBTIQQ, Sex-workers, People living with HIV (237) and MARPs.
4. We approached some religious organizations that preached hate and we talked about how this was dangerous.
5. We attended the first Anti-Gay conference organized by a section of the Religious Civil Society and we sought an audience to speak about sexuality, orientation, gender, identity and health.
6. Documented abuses and HIV cases among LGBTIQQ Community
7. We designed the first ever mental health/Public Health Strategic Plan addressing LGBTIQQ persons.

2012-2014
1. After effects of Anti-Homosexuality Act (AHA); evictions (We were evicted from the resource centre by unknown persons in a very degrading manner)
2. Repealing of AHA successful
3. Increased hate-related abuses toward LGBTIQQ
4. Most of our clients died due to lynching (7), AIDS (38) and suicide (3)
5. Increased displacement, abandonment and disowning of LGBTIQQ by parents or relatives
6. Asylum and Refugee paths
7. Continued our backpack method of community home visits 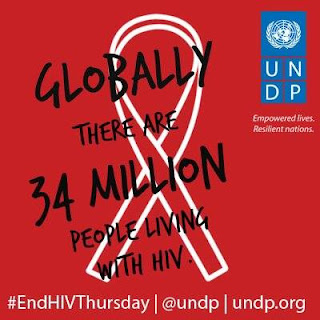