Homosexuality Is An Identity Part of The Human Diversity

- July 11, 2017
Religions around the world are an example of the diverse ways in which cultures experience Divinity. All the religions have had events where they witnessed changes which fostered conversations ranging from Theological definitions to synthesis of processes of recruitment to burial of members. All these are examples of nuances which are in fact distinct characters continuing to defines or refine the religions. The Catholic Church is an example of a religion whose story whose moral is: a religion should prepare her members for promise of praise to God in a Celestial place where all of us shall forever praise God. In the old days the old days (Middle Ages) the Catholic Church had the Pope who enjoyed no form of Primacy but was co-equal with the Bishops of Constantinople, Jerusalem, Alexandria, and Antioch who also claimed equal status as heirs of the Apostles. However, this meant there were administrative issues that arose and matters of theology to  harmonize. Eventually, the Pope did have some success in enforcing his primacy.  The present Pope Francis who assumed Papacy in 2013, struck a chord of humility and a readiness to work with all Religions. In doing that he showed his Papacy would be known for being practical, one ready to engage in problem-solving, reaching out and embracing diversity. We see this in various ways. Immediately after his installation, he met other religious leaders, pledging respect to them (http://www.nytimes.com/2013/03/21/world/europe/pope-francis-meets-with-other-religious-leaders.html). In 2014, the Pope Francis was behind the gathering with other religious leaders of a historic initiative to inspire spiritual and practical action by all global faiths and people of good will everywhere to eradicate modern slavery across the world by 2020 ( http://www.huffingtonpost.com/2014/12/02/pope-francis-and-other-re_n_6256640.html). In January 2015, Pope Francis met religious leaders in Manila and the premise was to address social problems (http://www.reuters.com/video/2015/01/18/pope-francis-meets-other-religious-leade?videoId=361809284). Homosexuality is seen as a problem by some. But, there are those who are now looking at it as an identity we no longer need to ridicule. Germany is the latest country to allow same sex marriage (http://ux-origin.usatoday.com/story/news/2017/07/07/same-sex-marriage-countries-world/453014001/).

Some call homosexuality unbiblical and blasphemous way of life. Others say or write that homosexuality is the result of evil powers or some form of evil force. Those who are against homosexuality, especially in Africa purport that rich nations continue to abuse poor nations even to the point of forcing them to legalize evil. That homosexuality corrupts core values of African culture has now gone stale.

A theologian called Rev. Dr Qeko on his blog says "people need to understand that there is a spirit behind any way of life that people practice and in this regard, there is a spirit of “homosexualism” and gayism which causes many mainly those from broken homes to decide otherwise. Those who say that they only realize that they were gay do that because there is a spirit behind their action and until that spirit is broken down and destroyed, they continue to practice this evil until they go to the grave. So what we need to do is to stand between the gap and intercede and break down this move and wind of evil spirit blowing from the western nations unto AFrica to force African nations legalize evil. African Church and people need to take their position and say no to the propagation of this evil practice, " (ithandozami-qeko.blogspot.com/2011/10/dont-force-poor-african-nations-to.html).

He points out the causes of  “homosexualism” and “lesbianism”: the Western world is forcing “homosexualism” and “lesbianism” on Africa;  there is an evil force at play and; thirdly broken homes are the cause. I differ on three points: There are various persons of the cloak who claim to be healing by touching the vagina, anus, penis, using the pulpit to preach vitriolic and perhaps ensuring that dwindling numbers of congregants are kept excited by a very exciting subject.

A pastor or Imam who touches people's privates parts in the name of healing is hasty. What if there is no healing? What about the rights to privacy? The Pastor or Imam are causing more trauma and shaming. If they do not heal, yet they make confidence building claims/shams like the ones Jesus rebuked who preach in the streets. Can they be friends of Jesus?  Secondly, the Reverend writes about policy infrastructural/Human Rights genesis of “homosexualism” and “lesbianism”, but makes no mention of the biogenesis.  Like most people who write about this subject, they think that once there is mention of heterosexuality, the next thing is to quote the over used line. Genesis 9:1 "And God blessed Noah and his sons and said to them, "Be fruitful and multiply, and fill the earth."  Heterosexuality and the idea of condoned sexual intercourse should be made with extra critical analysis and synthesis of arguments.

Our main purpose on Earth is to praise God in His Majesty. The angels and elders around God’s throne adore Jesus with the words “with your blood you purchased for God persons from every tribe and language and people and nation” (Revelation 5:9). God enjoys the diversity within the human race. "We are each created in His image for His pleasure and glory" (Revelation 4:11; Colossians 1:16). "He designed us the way we are and delights in His handiwork" (Psalm 139:13–16). Revelation continues to describe the final gathering of God’s people from “every nation, tribe, and tongue” (Revelation 7:9).


Homosexuals are humans. Homosexuality is an identity part of the human diversity. What we need to do is devise inclusive systems and have a readiness to be tested to embrace those whom we have always abused. I am sure we shall sing Alleluia with them before Jesus on the throne. 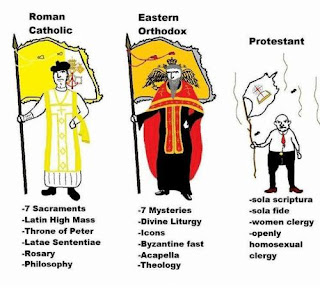