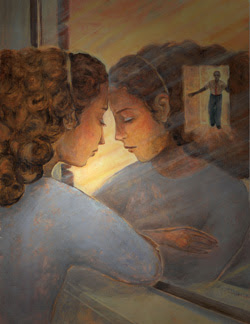 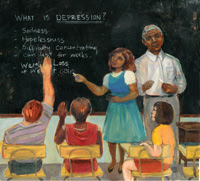 Even one teacher can make a huge difference.
Katie Williams, 21, knows that for sure. She had fought serious obsessive-compulsive disorder and depression since age 10, and by 11th grade was hiding her condition to avoid rejection. But Williams’ history teacher talked to Williams about her strengths.
“Nobody had ever done that before,” says Williams. “She told me I was so compassionate because I’d experienced so much stigma. I could help others. She asked me to become a tutor for kids who were the first in their family to try for college, and I did it. She kept saying, ‘Your illness is not you, it’s just a part of you.’ … Really, she helped me to stop stigmatizing myself, and that made all the difference.”
Her history teacher’s support prompted Williams to disclose her illness to classmates, who were mostly accepting, “and those that weren’t, they just dropped out of the picture for me,” says Williams. Her grades shot up, and now Williams is a senior at California State University, Sacramento, where she speaks to college-level classes to reduce stigma around mental illness.
“That teacher changed the course of my life,” Williams says. “She’s the reason I made it to college and am doing so well now.”

MYTHS vs. FACTS ON MENTAL ILLNESS
MYTH
Mental health problems are rare in childhood and adolescence.
FACT
About one out of five U.S. children has a diagnosable mental disorder in any given year. Half of all lifetime cases of mental illness begin by age 14.
MYTH
Very few students become so troubled that they think about committing suicide.
FACT
About one out of six high school students say they have seriously thought about attempting suicide.
MYTH
Males and females are about equally likely to become depressed.
FACT
Before adolescence, rates are the same. From midadolescence through adulthood, depression is about twice as common in females as in males.
MYTH
People with mental illness are often violent.
FACT
Many people with mental disorders are not violent, and most violent acts are not committed by people who are mentally ill. Overall, they’re responsible for just 5 percent of violent crimes. Those with serious mental disorders are, however, far more likely than others to be victims of assault and rape.
Sources: National Alliance on Mental Illness, Centers for Disease Control and Prevention, Institute of Medicine of the National Academies, Mentalillnesspolicy.org