One day, a long time back in 2013 as part of a  planning meeting, I was asked to volunteer some time as a welfare officer for the San Francisco Pride Event. What this meant was that I would spend three days on my feet, running from one end of Market Street to the other. My specific work area was between the Castro and Civic Centre. My task was to ensure we had enough sunburn cream and I was the supplies coordinator. I had 12 stations to check in with. On day three, we were able to wind down and break up. By 2:00 AM, I was so exhausted but still smiling. What I saw, what I heard then, what I contributed to minute by minute was so thrilling and fulfilling. I volunteered the following year and in 2015 as well.

In the subsequent years, I chose to be an onlooker at other Pride Events. One in Los Angeles CA, Boston MA, Chicago IL and Oakland CA.

I had time on me and decided to volunteer at the Heritage of Pride, New York. I had saved some money to visit New York but kept on putting it off. When this opportunity came, I felt I had to take it. I booked  my flight, looked up a friend whose home is in New York and arranged to stay there. The friend was kind enough to host and offer to drive me from their home to the Pride venue too. This, on top of hosting me for 3 weeks! God bless you Todd Childs!

I was chosen to serve with the “Elected Officials” and so had to undergo a full day’s training first. I am always amazed at the attention to detail displayed by Americans.

I always find time to engage in what I call Community Engagement Activities (other than during election time) and it has given me a more clearer picture of what it means to learn about the different cultures.

Man! All these accents.

In my group, those who came from California to New York number 12 out of the 50 member strong team. We have people from as far as Hawaii and Guam!

It is amazing and am so happy. I came three weeks back. This experience started off with an intensive training. I was fortunate my host and friend drove me around New York City. I even took time to jog around and that was an opportunity to get the physical lie of the land picture.

My training  was an opportunity to learn the language of Pride. It is “Heritage of Pride,” even if many people just settle for “Pride.”

Also, the New York Pride is a March and not Parade! So much to learn.

I was introduced to the significance of addressing people by Pronouns; code of conduct; definitions; verticals, which included knowing the March Formation, Formation Area, Routes; Check-in time; March order; Policies; Safety; and definitely enjoying the company.

It is a “March” and not “Parade” because it is a mission to achieve complete and full equality for all LGBTIQ+ individuals. That resonates so well with my social justice passion and goals.

I was part of the Elected Official  Lead so I managed a team which was under a section. The section was under a Bock. There is the Mayor! OMG! Mayor Cuomo! But, had to keep all this mesmerization in my heart. We are here not to have autographs not sororitize/fraternize with NY-based dignitaries!

I got to know my Intersection Monitors and Ushers over the tea and lunch breaks.

Those who know me well, are aware how easy it is for me to make friends and hold my own. I was fortunate I could tell stories of past Pride Events in other cities. One thing I realised was that I was one of the few Blacks into this kind of Volunteer work! Anyway, I learnt so much

I was thrilled to be given the responsibility and a job description which read as follows:

And come the final day:

I was able to zone in the entire Pride March area which stretched between 6th Avenue to Park Avenue and 25th Avenue to Madison Square. My own work area was between 26th to 28th Avenue. My charges were to either through Madison Avenue and exit at 23rd Street/7th Avenue.

It was a really busy event but nevertheless, I oversaw such teams like: Nigerian LGBTQ Collective, Project Reach, Apache Community Health, New York Department of Education, T-Mobile, Little Red School House,  Elizabeth Irwin School, Macy’s…. and the list goes on and on.

All the while, this had me wonder about so many things. But, all in all, I learnt one lesson that if one keeps the company of mediocre people chances are that one ends up doing mediocre things. One may end up not exploring their full potential.

As I write this I am at LaGuardia, about to board and get back to San Francisco. I have two Summer Time Law Exams to do. Yes, I enrolled into a Law Class.

So is life, do not allow mediocre persons or mediocrity to ruin it. 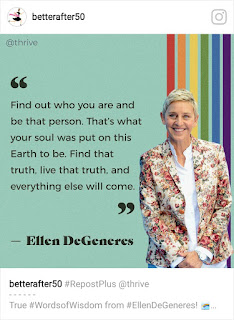