Reasons Why PEPFAR Funding Does Not Effectively Meet HIV Roll Back Goals: Distributed Denial Of Opportunities To Access (DiDOTA) HIV Treatment Services For LGBTIQQ And Sex Workers In Uganda


Distributed denial of opportunities to access (DIDOTA) quality of life improving services (QOLIS) comes in many ways. Not only does discrimination, stigma, elitism, moralizing HIV Treatment Services and intolerance obstruct access to HIV Treatment Services (HTS) for LGBTIQQ and Sex Workers but it fuels bias, denial of opportunities and impunity. This results in negative achievement of UNAIDS 95:95:95 by 2030 goal. It is within this context that one should understand the traumas faced by those denied services. These traumas fuel aggression, destruction and abuses of different kinds.

Uganda has developed very robust structures for containing HIV most especially within the Heteronormative population groups because of these populations’ seemingly valorized way of life.

However, there is need to involve LGBTIQQ and Sex Workers by  adopting an unconditional positive regard (UPR) which does not "demonize". This will make way for them to  participate in mechanisms for rolling back HIV.

For millions who identify as LGBTIQQ and Sex Workers funds targeting establishment of their HIV-related resilience, care, prevention and management don’t reach them.

When LGBTIQQ and Sex Worker-led organizations are not provided funding, this affects processes to engage in HTS and the quality of outcomes is compromised. But when they engage in HTS and benefit from the entire nine yards of the care continuum this sets enduring targets. One such target is the maximization of demand and access of services.

LGBTIQQ and Sex Workers should be directly provided funding because they are aware of the un met needs. This begins to repair damages! A reparation of effects of trauma or what is known as Trauma-Informed-Care (TIC).

LGBTIQQ and Sex Workers  are the primary subject matter experts in the traumas of denial (TOD).  They are at the receiving end and therefore the ones who are aware of living with the experiences arising from the problems and barriers. These problems and barriers have ripple effects including, but not limited to, affecting the decision to go for HTS and actual participation in HIV Prevention best practices e.g. attending clinic sessions or counseling.

For LGBTIQQ and Sex Workers it is not a direct line between one's decision to test and standing in line to gain from a service entity.

When people are discriminated, stigmatized and hated for long they become excluded in many ways. They lose parity of bargaining and negotiation. They may state a need but it comes with a lot of  hidden burdens.  When they are discriminated against, they do not participate physically in spaces where services are provided. When they are stigmatized, they are not able to get quality professional services. When they face hate crimes, they are assaulted, beaten, chased, ridiculed, bruised, expelled from communities, hurt physically and emotionally.  Some have died!  It is traumatic!

These problems are truncated like train wagons. There is a domino effect here. A linkage of problems. LGBTIQQ and Sex Workers meet HTS Providers with co-existing needs. They may test positive on a first diagnosis, but that is not all. They may lack housing, they may have showered a week back, they may have had a regular meal two weeks back! They may have had alcoholic drinks and smoked over 10 sticks a week for the past two months! The possibility for a next night in a warm bed could be through sex-for-a-bed and breakfast exchange.

One particular denial event tips other dominoes. This is what is meant by the “distributed denial of opportunities to access" of HTS. A term borrowed from the Cyber Warfare field. So many factors come in between the decisions to take an HIV test and actual attendance during a test.

For an LGBTIQQ and Persons engaged in Sex Work the extrinsic factors include: discrimination, stigma, violence and hate crimes.

The intrinsic factors include: self-stigma, fear, lack of self esteem and a low quality general outlook on self care.

To serve LGBTIQQ and Sex Workers requires a mindset change. This will set contexts for seriously expecting roll back of HIV.

If you want to work with LGBTIQQ and Sex Workers in Uganda, these are some process categories to look forward to:

We hope this time the PEPFAR funds are to directly benefit LGBTIQQ-led and Sex Work-led organizations. Not mega-organizations with over capitalized costs,  renting mansions, managing Land Cruisers and paying staff hefty salaries, providing fat allowances, have nothing to do with LGBTIQQ and Sex Workers at all, which may end up using this money and forge accountability.

If LGBTIQQ-led and Sex Work-led organizations are allowed to participate there will be institutional safe space formation; team or network building among allies and those directly affected (distal and proximate phases); and emotional regulation capacity building enabling people to manage trauma.

Didotaism is the tendency of using all cunning means and machination to deny LGBTIQQ-led and sex Work-led organizations money for HIV Services citing flimsy excuses! 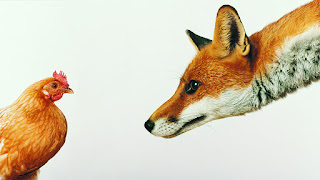