Atlanta GA: Lessons from USA; Making PrEP Standard of Care Against HIV in the South

- August 18, 2017
LGBTIQQ Organizations, Grassroots, Clubs and Support Groups can pick up lessons from elsewhere. In this coming article, we share an international and informative article from Atlanta Georgia by Heather Boerner that was out on August 14, 2017

In 2012, Charlotte-Paige Rolle, MD, MPH, and her team at Emory University were in the middle of a study of gay black men, asking why they had such high rates of HIV.
Then, as results started to come in, the US Food and Drug Administration (FDA) approved Truvada® (emtricitabine/tenofovir disoproxil fumarate) for HIV prevention, or preexposure prophylaxis (PrEP).

"We said, 'This is crazy,'" Dr Rolle told Medscape. "So we scrambled to put together a PrEP willingness questionnaire to give to the [men who have sex with men, or MSM] in the study."

The result? Black men were just as willing to use PrEP as white men. But when it came to actually getting PrEP, lack of health insurance and lack of primary care physicians were blocking men from getting their hands on the medication.

So when Dr Rolle and her team began planning a new study, they planned a uniquely Southern solution to the PrEP access problem. Without the Medicaid expansion, political will, or finances for widespread PrEP rollout that New York City, San Francisco, and Washington State had , Dr Rolle and her team went small—and in so doing created a new framework for PrEP rollout in low-resource settings in the United States.

"There's an ethical obligation to ensure that young, black MSM, including those in observational studies, have access to the best possible HIV prevention package, which includes PrEP," she said. "The South can really benefit from the examples of New York City and San Francisco, and it would be wonderful if we had something similar to what Washington State has, something like an [AIDS Drugs Assistance Program] for PrEP. But you have to have the political will."

Now, she said, she hopes that the framework she laid out at the Conference on Retroviruses and Opportunistic Infections (CROI) earlier this year will be a guide to others.

So when Emory launched its new study, called EleMENt—an observational trial studying drug use and HIV rates among black MSM aged 16-29 years—Dr Rolle said the team couldn't imagine just referring men to a provider who would prescribe PrEP, the way most studies would.
The research team asked: If EleMENt could remove the structural barriers to PrEP access, would young, black MSM take the drug at the same rate as their white counterparts? So they nested a study of PrEP as standard of care into the larger study. That meant that every participant was offered PrEP without having to specifically seek it out at the Fulton County Health Department. It was a new way of spreading the word about PrEP to people who might need it, Dr Rolle said.
The study itself is small—113 participants—but informative. By the time they started the study, awareness of PrEP had risen from 10% in 2012 to 50% in 2014. More than half, 56%, wanted to start PrEP immediately. Another 28% wanted to talk about it at another visit.

A Solution With Limits

But even with the study paying for doctors' visits and removing the need to have a primary care provider or other clinician conduct the quarterly lab tests, as suggested by the CDC PrEP guidelines, only 35% of participants got a prescription for Truvada. Six of those men (16% of the total population) discontinued.
Three of those men seroconverted during the study period.
"Only about 20% of the men took the drug consistently."
In the end, only about 20% of the men took the drug consistently.
"Twenty percent is startling," Dr Rolle said. "It really speaks to the structural barriers that remained."
Among them, she said, was something that cities like San Francisco and New York have built into their PrEP programs but which Atlanta cannot yet fund: same-day starts. Even though the majority of men would have started Truvada the day that it was offered to them, the study didn't have a physician on site every day. So participants had to make an appointment and come back—something that didn't happen for 39% of the men.
"In between that time, they talk to their mom, they talk to their dad, they talk to their best friend," she said. "And their mom, their dad, their best friend says, 'That doesn't sound that great. That's a medicine you're putting into your body; they're experimenting on you; you're a guinea pig. Why would you sign up for something that encourages you not to use condoms?'"
Then there was the very real problem of affordability and access. Gilead offers a patient-assistance program that covers the full cost of the drug for people who qualify. But in order to qualify, Gilead requires the participants' listed addresses to match their IDs and requires pay stubs or a W-2. For participants who are unemployed or unstably housed, those hurdles are too high to clear—sometimes with serious results.
"I've had guys sit out of the PrEP program or never get in the program because they don't have the documents," Dr Rolle said. "One or two of them have seroconverted in the interim."
She said that Gilead has offered to waive those requirements for some participants.
Finally and ultimately, risk perception remained a barrier. Even though the men in the study were all using drugs and had reported high rates of condomless sex, which increases their risk of acquiring HIV, many men didn't perceive themselves to be at risk. Six of the men who stopped taking Truvada early reported that they didn't feel like they fit the risk profile.
And it's not just the men. Dr Rolle said that 30% of the men living with HIV in their previous study didn't fit the CDC's criteria for PrEP eligibility. The key missing piece is local epidemiology. She tells the men in her study, she said, that you may have only one boyfriend but that one boyfriend may be HIV positive without knowing it.
"Individual risk behavior matters very little when it comes to HIV risk," said Dr Rolle. "You have to look at community incidence and the sexual networks [the men are] in."
"It's a physician's responsibility to know the epidemiologic trends in the areas where they practice."
"My message to providers," she added, "especially in the South, is that it's a physician's responsibility to know the epidemiologic trends in the areas where they practice and to apply that to the way they care for patients." 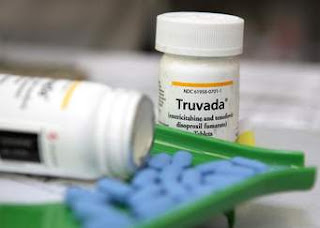